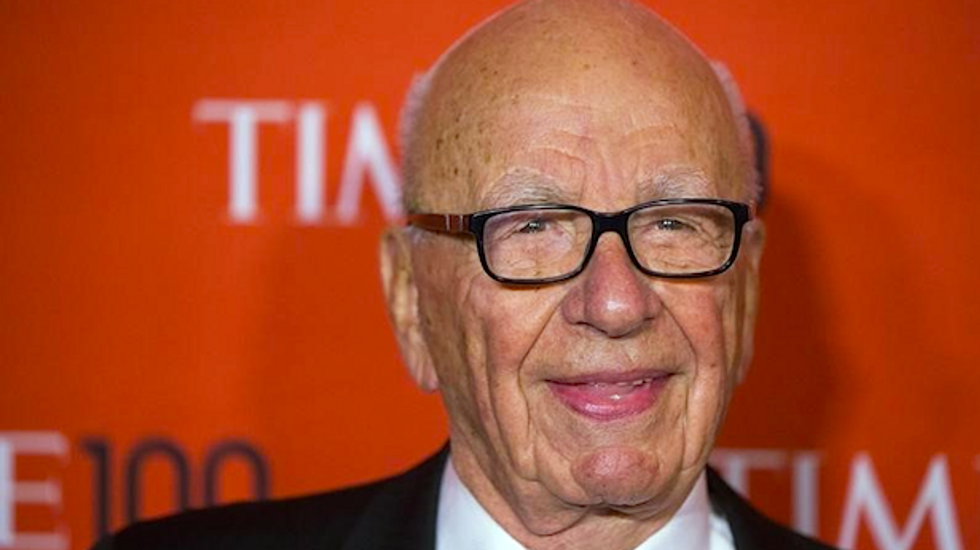 The chairman of 21st Century Fox and News Corp has also pressed for immigration reform in his native Australia in the belief that freer borders there and in America would boost trade relationships.

In an opinion piece published on Wednesday on the website of the Wall Street Journal, which he owns, Murdoch admonished opponents of such change in the United States "as being dead wrong about the long-term interests of our country."

"One of the most immediate ways to revitalize our economy is by passing immigration reform," said Murdoch, himself a former immigrant who became a naturalized American citizen in 1985.

He joined reform advocates who worry lawmakers might avoid taking up the thorny issue before November's congressional election, especially after House Republican Eric Cantor's shock defeat to a college economics professor who denounced him for being too eager to compromise with Democrats.

U.S. President Barack Obama, a Democrat, has been pushing new immigration laws to create a pathway to citizenship for some 11 million undocumented residents. But a bill that passed the Democrat-controlled Senate has been stalled in the Republican-controlled House of Representatives.

Murdoch argued for giving non-criminals already living in the United States a path to citizenship, removing the quota for "H1-B" visas for highly-skilled foreign workers, and strengthening border security.

He pointed to a study by the Partnership for a New American Economy, a bipartisan group of mayors and business executives where he is a member, that says over 40 percent of Fortune 500 companies were founded by immigrants or a child of immigrants.

He said Obama was exercising "wise restraint" in holding back on taking executive action over provisions of immigration policy in the hopes of a more bipartisan approach.

"However, if Congress fails to even try to have this important debate, the president might feel tempted to act via executive order," Murdoch wrote. "I hope it doesn't get to that point, given the furious political firestorm that would result."