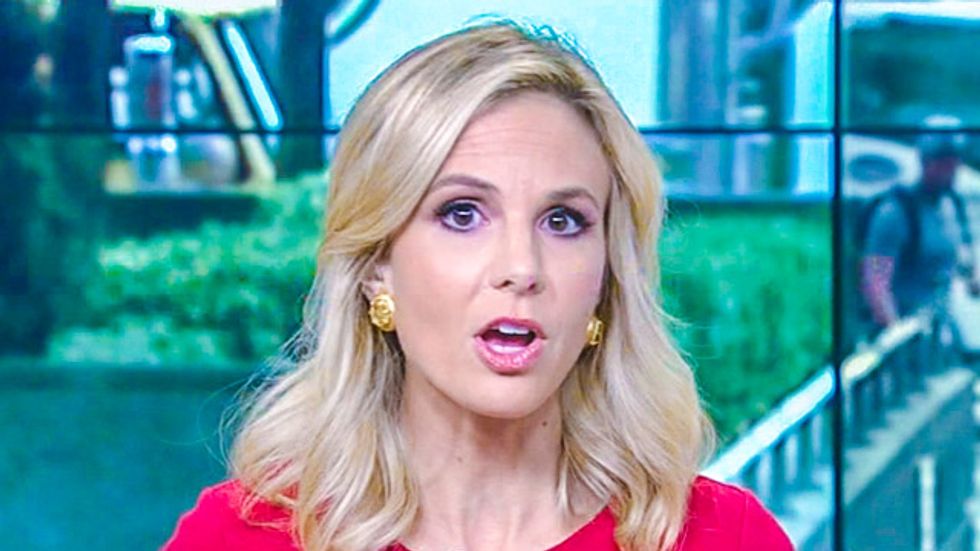 Fox News reported on Monday that feminists could be waging a "war on men" after attendees of a men's rights conference in Detroit were accused of hate speech.

At what was advertised as the first International Men's Rights Conference in Detroit last week, A Voice For Men founder Paul Elam called for feminism to be defeated.

After a group of feminists showed up to protest the event, Fox News host Steve Doocy asked on Monday, "Who are the one's being intolerant?"

Democratic strategist Zerlina Maxwell pointed out that the Southern Poverty Law Center had classified many of the men's rights websites has hate speech.

"I think that it's important not to scapegoat feminism and say feminism is to blame for many of the legitimate concerns that A Voice for Men and other MRA groups raise, like child custody and the court system being unfair to men," Maxwell explained. "But I think largely they are scapegoating feminism instead of looking at the real core of the problem, which is that traditional gender roles have made it so that men are more actively engaged in child rearing, and the court system needs to catch up to that reality."

Hasselbeck, however, said that "some would argue... that feminism is actually the cause of men having less rights in the courtroom as it pertains to violence against them."

Maxwell insisted that feminists were willing to listen to the concerns of men's rights groups, but they should not tolerate hate speech.

"For example, the founder of A Voice for Men has said women are begging to be raped if they go out and drink and flirt, then they're asking for it," she noted. "That, I have a problem with."