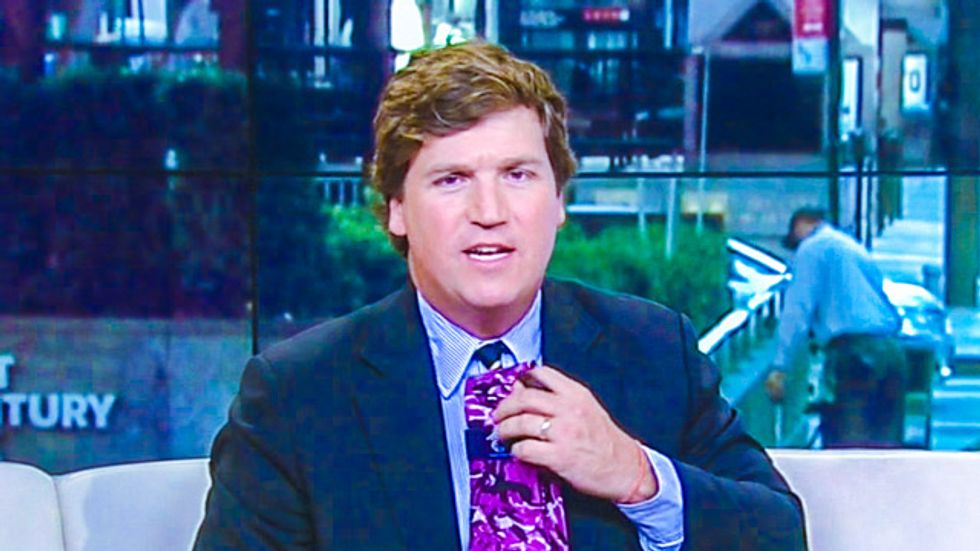 The host of Fox & Friends on Sunday fell for an Internet hoax that feminists had hatched a plot for bringing down Father's Day, and possibly "ending men" altogether.

As Death and Taxes reported on Friday, pranksters at the website 4Chan had created the fake social media campaign with the hashtag "#EndFathersDay" to "to make feminists and the things we fight for look ridiculous."

Other 4Chan social media hoaxes have included "#WhitesCantBeRaped," with another aimed at trying to convince CNN of a new pro-anorexia fashion trend called the "bikini bridge."

Fox News host Tucker Carlson noted on Sunday that the hashtag had started out as a joke, but had been "picking up steam with feminists online."

For analysis about what #EndFathersDay meant for American society, Fox & Friends brought in "Princeton Mom" Susan Patton, an anti-feminist whose recent book encouraged women in college to spend 75 percent of their time looking for a man to marry.

"When you crush men, you hurt women," Carlson agreed.

"For these ridiculous, antagonistic women to say it's a celebration of male oppression," Patton continued. "No, it's a harmless creation of the greeting card industry, the aftershave industry, the tie manufacturers."

"We're talking about a group of antagonistic feminists, who, first, don't even have men in their lives probably," she opined. "It just one more thing, one more micro-aggression for them to latch onto and get crazy over. This is absolutely absurd. Nobody's talking about Mother's Day."

"What kind of outrage would there be if men were saying, 'Yeah, mothers aren't important, end Mother's Day,'?" co-host Clayton Morris wondered.

"Well, without fathers, there would be no mothers," Patton declared. "Everyday is Mother's Day. Let's give dad this one Sunday in June, and, you know, be good spirited about it."