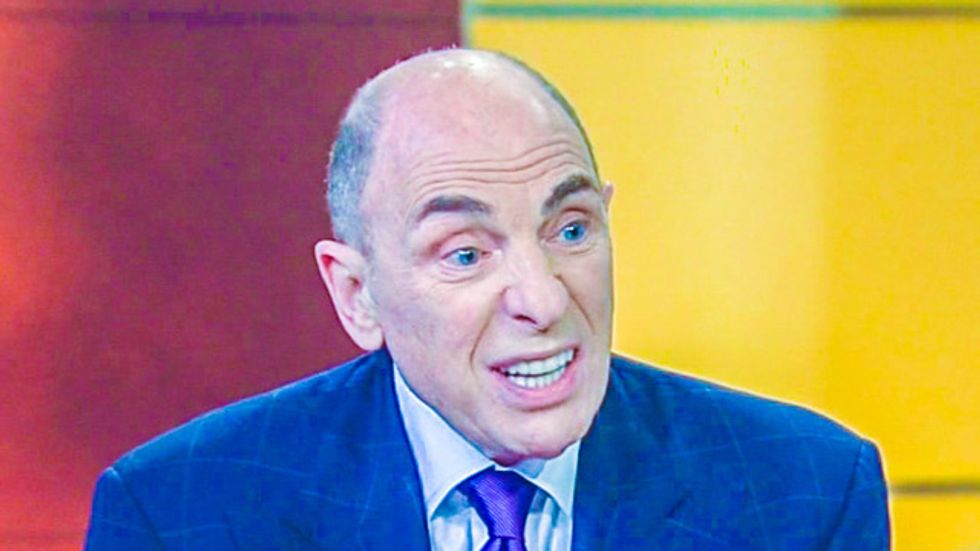 An author who Fox News hosts insisted had "impeccable" sources told the network on Tuesday that former President Bill Clinton had considered using his own death to help Hillary Clinton win the presidency.

While hyping his new book, Blood Feud: The Clintons Vs. The Obamas, Ed Klein explained to the hosts of Fox & Friends that he was expecting some "blowback" as retaliation from Bill and Hillary Clinton.

"They always say it's not true," he noted. "People ask me, 'How do you get these sources to talk to you?' And there's a couple of answers. One is they like to boast about their connections to people at high levels. Number two, they want to get their story out."

Host Steve Doocy remarked that Klein's "sources are impeccable," and that he had even talked to the household help after one of the Obamas' vacations at Martha's Vineyard.

"They told me that the Obamas had separate bedrooms, that the president smoked in bed, that he ate Murdick's Fudge in bed," Klein laughed. "It's an amazing story."

The author said that he had also learned that Bill Clinton had smiled when he was diagnosed with a "progressive" heart condition because the term sounded liberal.

"And he's discussed with Hillary, according to people who were in the room with them when he did it, what would happen if he died," Klein said. "What should Hillary do? And what is said is, 'Hillary, you should put on widow's weeds, dress in black, and it would be worth a couple of million votes."

"I can hear him saying that," Doocy laughed.

"You almost can, for sure," co-host Elisabeth Hasselbeck agreed.

Although Klein argued that he had never been sued, his 2005 book, The Truth About Hillary was panned by critics for being “poorly researched, poorly written, poorly sourced.”

Among other things, the author suggested that Hillary Clinton was a lesbian, and she was raped by then-Arkansas Gov. Bill Clinton (D) when they conceived their daughter Chelsea.

Just a day before Klein's Tuesday interview, the Fox & Friends hosts had been skeptical of his assertions.

"Now, who is his source? Chelsea? I mean, how would you possibly get in between them?" co-host Brian Kilmeade asked.