Fox News: Iraq violence proves Bush was right about 'pretty much everything' 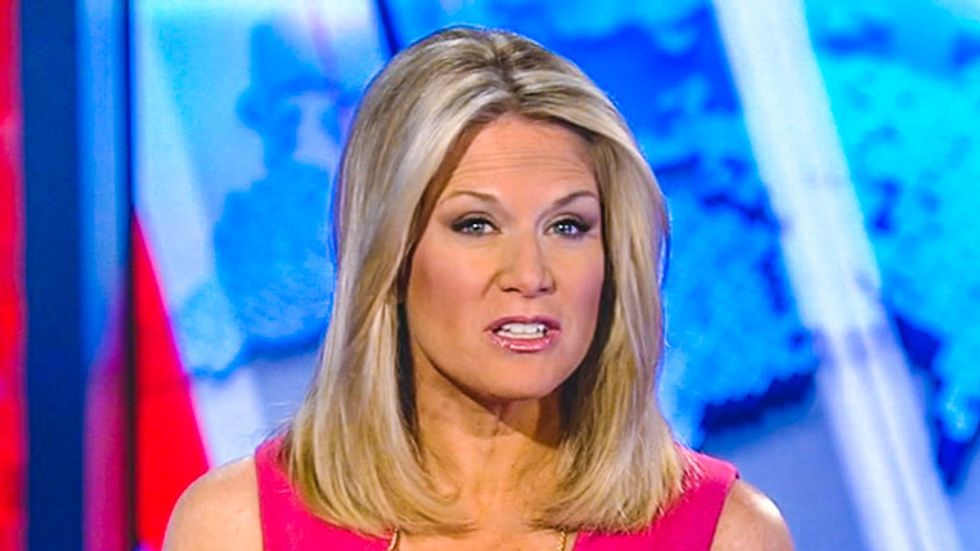 A Monday segment on Fox News asserted that President George W. Bush -- who invaded Iraq under false pretenses, and then signed the agreement to withdraw all U.S. troops by 2012 -- had been right all along because ISIS, an al Qaeda splinter group, was threatening to take over the country.

"Some say the Islamic militant group that is violently overtaking large parts of Syria and now Iraq could have been stopped if the situation there had not been neglected," Fox News host Martha MacCallum reported during her Monday broadcast. "In fact, in 2007, President George W. Bush pretty much laid this out as it is happening."

After a clip of Bush talking about potential violence in Iraq, MacCallum turned to former White House Chief of Staff Andy Card to back up her point.

"Yes, President Bush did anticipate this being a likely outcome if we didn't do some thing right, and President Obama and his team has not done some things right. The lack of a status of forces agreement is paramount to the cause of this angst right now. And I'm troubled by it."

MacCallum said that she reviewed Bush's remarks from 2007, and "pretty much everything" he predicted had come true.

"This should be a all-hands-on-deck challenge for President Obama, but he doesn't seem to recognize that," Card opined. "We need adult leadership, and we need people paying attention to what is happening diplomatically, potentially militarily, and certainly in the clandestine services."

"He was too anxious to abandon successes in Iraq, and potentially in Afghanistan, and be saddled with problems that will affect America for a very long time," he added. "So, not having a status of forces agreement in Iraq is a horrible problem President Obama is facing, and he created that problem."

As London School of Economics and Political Science professor Fawaz Gerges recently pointed out, "hundreds, if not thousands, of skilled officers of Saddam Hussein's ... joined ISIS" after the Bush administration decided to break up Iraq's military.

And at no time during the segment did MacCallum or Card mention that it was President Bush who signed the status of forces agreement in 2008 that said all U.S. troops would be withdrawn from Iraq by 2012.