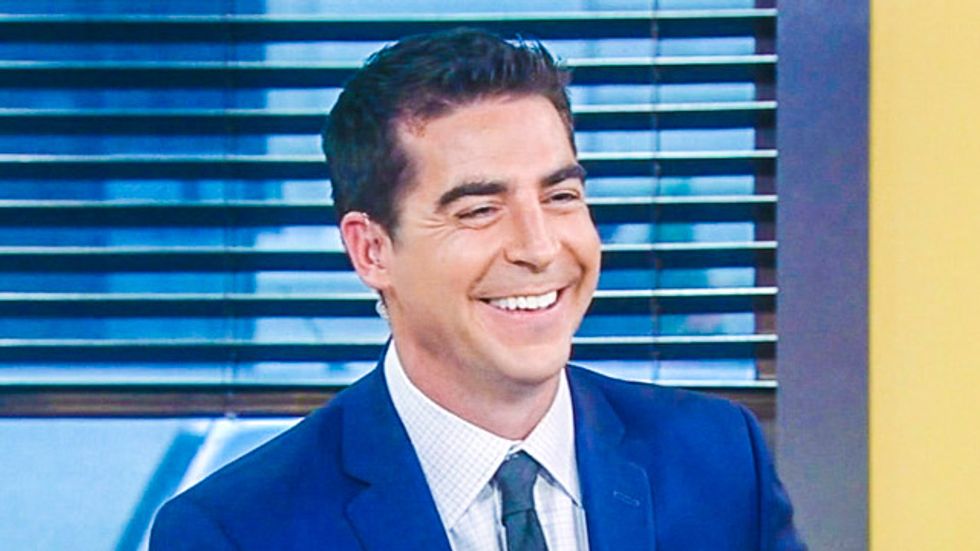 Fox News correspondent Jesse Watters argued on Wednesday that statutory rape of underage boys was more accepted based on how "hot" the woman perpetrating the crime was.

Earlier this week, 47-year-old Florida mother Denise Harvey was granted asylum in Canada after she fled the United States because she was convicted of five counts of unlawful sexual activity with her son's underage friend. Harvey applied for protected status on the grounds that her 30-year sentence in the U.S. was "cruel and unusual punishment."

"I don't want to diminish what happened here because it's a serious crime," Watters told the four female hosts of the Fox News show Out Numbered. "But if you're a 16-year-old kid and you have sex with your best friend's mom, you usually get high fives. Okay?"

But in this case, Watters explained that the mother was "not that attractive so you might not have that kind of reception."

The long-time O'Reilly Factor correspondent admitted that the victim could be psychologically damaged by the relationship.

"She's not Debra Lafave," Watters noted, referring to the attractive former Florida teacher who served no prison time after having a sexual relationship with a 14-year-old student. "She's kind of in the middle."

"So you're saying if it's hotter then it's better because you get props with your friends?" co-host Kimberly Guilfoyle asked.

"I'm saying this is how regular guys think," Watters declared.

"It's ludicrous that we are calling this a rape," Carlson said in reference to a New York teach who allegedly had sex with a 16-year-old student. "I'll tell you what's wrong to this extent — he went and tattled to the police and destroyed her life. Are you joking? What a whiny country this is."

Watch the video below from Fox News' Out Numbered, braodcast June 11, 2014.