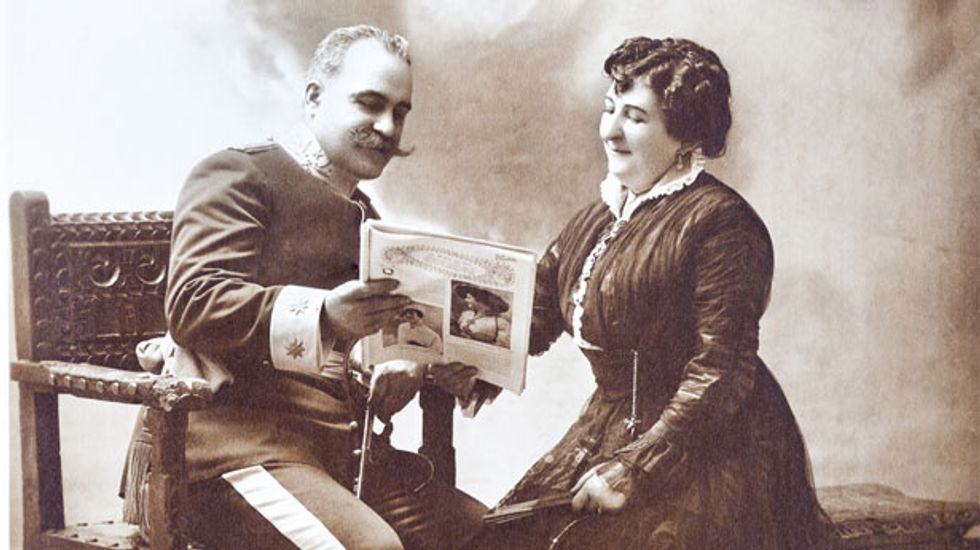 Victorian gas-pipe and Her Majesty's Curator of Rape To The Colonies, George Will, has just about had it up to here with you people -- YES, YOU PEOPLE.

And especially you. Don't think by closing your laptop he can't see you, because he can.

Oh yes, he most certainly can, you loathsome wastrel.

It seems that, after explaining the ins and out of rape to you ungrateful curs, he was shocked and dismayed to discover that you promiscuous info-trollops on the intertubes are unable to comprehend the pearls of wisdom that he dispenses to the riff-raff gratis, courtesy of Ye Olde Washminster Poste.

Hush now, let Gentleman George condescend to speak down to you and try, fruitlessly no doubt, to explain once again that rape is what George Will says rape is:

“I take sexual assault more seriously than I think they do [ED: HE IS TALKING ABOUT YOU], because I agree that society has correctly said that rape is second only to murder as a serious felony,” he said. “Therefore, when someone is accused of rape, it should be reported to the criminal justice system that knows how to deal with this – not with jerry-built, improvised campus processes.”

What is worse -- most intolerable in this age of enlightenment -- is that you have all acted like insufferable ruffians towards the good gentleman and it a damned shame that there is no Internet constable about to haul your scrofulous personage into a dimly lit alley and  give you such a thrashing that you will remember for the rest of your wretched plebeian life.

“Today, for some reason, and I’ve got some theories about it, indignation is the default position of certain people in civic discourse,” Will said. “They go from a standing start to fury in about 30 seconds. I think it has something to do with the Internet – you know, a wonderful thing. It has erased the barriers to entry into public discourse. That’s a good thing. Unfortunately, the downside to this – there’s a downside in everything – is among the barriers to entry that have been reduced is you don’t have to be able to read, write, or think, you can just come in and shout and call names and carry on.

You see? Do you see that? Your "default indignation" and "carrying on" has driven George Will to become ... well,  indignant, but it is far far worse for him  because it causes him great pain and dyspepsia and it is late in the evening and the apothecary is undoubtedly closed so an emetic cannot be obtained.

Arby's will have to do.

Are you happy now? Well, are you?

You do not deserve to be enlightened  by George Will -- who is a great great man-- because you are an illiterate jackanape who can only aspire to someday sound out the deathless prose of The Master of the House .... right after you have laughed with an idiot's glee at the escapades of Ye Olde Marmaduke, Grande Dane.

For now though, you are unable to understand those words which more precious than diamonds and gold that he dictates to his scrivener whilst he buggers a copy boy before sending  him off with a farthing for his troubles.

You are vile beyond words.  You are unworthy. You disgust George Will.

Begone, and and never darken his column again.

Reprobates, miscreants, and villains, the whole lot of you.

Shame be thy name...