German beermakers may be winning their battle to stop fracking 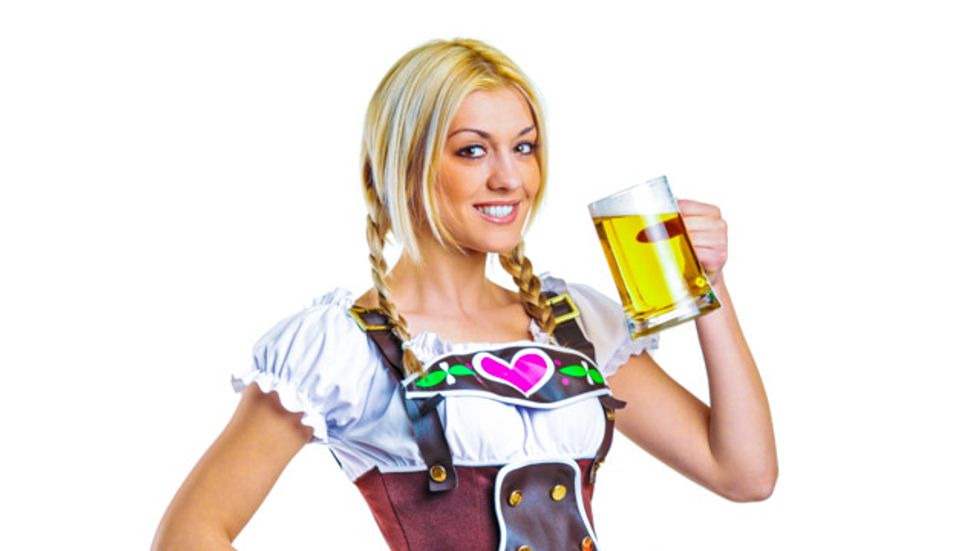 ExxonMobil test drilling makes brewers fear for their livelihoods, but others see fracking as alternative to coal and nuclear energy

"Germany is a beer nation: if their beer has no flavour, people will mount the barricades", says Friederike Borchert. At her family's brewery in Lünne in Lower Saxony about 800,000 litres of beer are produced a year: one light pilsner, one dark beer and a buckwheat brew. Borchert, 27, dreams of one day making her own India pale ale, though now fears she may have to put her aspirations on hold.

In spring 2011, US energy group ExxonMobil made a horizontal test drill into shale rock under a field down the road, so far the only one of its kind in Germany.

Many locals are now convinced that Lünne has been earmarked as the country's first site for fracking, the controversial method of extracting gas by injecting water, sand and chemicals into the rock at high pressure. Earlier this month, a leaked letter by the economy minister Sigmar Gabriel hinted at permitting fracking from 2015, apparently confirming their suspicions.

"For brewers", says Borchert, "fracking could spell the end of our existence". Brewing water had to be "even cleaner drinking water". The fear alone that chemicals used during fracking might enter the local ground water could ruin the brewery's reputation. But then Germany is a beer nation, she says, and when brewers speak up politicians tend to listen.

Only a big black valve in a metal cage tells of ExxonMobil's activities in Lünne last year. But the horizon illustrates the wider debate around Germany's energy future: there is a windfarm in the field next door, a coal power station in Ibbenbüren to the south, and on a good day one can see the nuclear power station in Lingen to the north.

Allowing fracking, some argue, needs to be an acceptable compromise if Lünne wants to switch off the two power stations and boost the wind farms. If this proves as successful as it was in the US, it could help lower Germany's high energy prices and thus ease the Energiewende project to phase out nuclear by 2022.

Germany consumes 90bn cubic metres of natural gas a year, making it the world's eighth biggest user. But only 12% of its consumption is home-produced. Some 37% of its gas is imported from Russia, a trade that has been increasingly perceived as a problem as the Crimea crisis escalated. The European Union's energy commissioner, Günther Oettinger, claimed in March that fracking could free Germany from its dependency on Russian imports "for decades to come".

Many factors would make Lower Saxony the obvious place to start exploratory fracking in Germany. Most of the country's shale reserves are located here, and 90% of the natural gas produced in the country is extracted by conventional means in the region. What's more, only a small percentage of the shale lies in areas that cannot be touched for fear of contaminating ground water.

The Dutch government has already announced that it will frack close to its border with Lower Saxony. If you can't escape the risks, some locals say, why not make some money? Unlike wind power, profits would not go to the farmers who own the land, but to the regional authorities.

"We are not against big energy per se, you can see that from all the power stations here", says Markus Rolink, who has been organising protests in Lünne since 2011. "But there's a point where enough is enough".

"There has to be a perspective. With the wind farm there's the perspective that the nuclear power station will eventually get switched off. With shale gas I just see an investor at ExxonMobil pocketing the money and risking damage to our environment in the process". Protests in Lünne and around 30 other sites across the country put companies like ExxonMobil off further exploratory drills two years ago.

And in spite of industry lobbying and political tension in the Ukraine, it looks like Germany's beermakers and anti-fracking protesters may be able to claim victory in the long term too. Since last summer, Germany's brewers association has been lobbying environment minister Barbara Hendricks to update the water protection law to include even smaller brewers' wells and private mineral springs, further threatening the commercial viability of fracking in Germany. It appeared to work. A spokesman for the environment ministry said it intended to "considerably tighten" legislation around fracking.

Any fracking-enabling legislation would have to be approved by the Bundesrat, the upper house of the German parliament where the ruling coalition parties do not hold a majority. The last government tried and failed to pass a similar "fracking law" last year. The draft bill for new legislation, originally scheduled before the summer recess, appears to have already been postponed to the autumn.

Many of the key shale regions are represented by Green party environment ministers who want Germany to follow France's example and ban unconventional fracking across the country. "We want Germany to have the world's strictest fracking safeguards", Lower Saxony's minister Stefan Wenzel told the Guardian. "If Exxon Mobil wants to have a future in Germany, they should invest in renewable energies".

Were the government to pass legislation that enabled fracking, the relevant region could block planned drills by using local laws, as Schleswig-Holstein's environment minister Robert Habeck told the Guardian he would. On 11 July, he is submitting his own proposal for a nationwide ban to the Bundesrat.

Varying estimates of Germany's shale resources and concerns about the commercial viability of fracking could play into their hands. ExxonMobil says fracking could allow Germany to cover its gas needs for the next 20 to 25 years.

The president of the German Agency for Geoscience and Raw Materials, Hans-Joachim Kümpel, says that while there is enough shale to cover a third of Germany's gas needs for 40 years, it was "unrealistic" to expect that Germany can achieve complete gas indepedendent .

Other experts suggest that only a billion cubic metres would realistically be frackable every year, covering no more than one per cent of the country's annual use.

The costs for industry remain considerable: even the test drill in Lünne cost ExxonMobil €2.5m (£2m)

Stefan Lechtenböhmer of the Wuppertal Institute for Climate, Environment and Energy, said he believed fracking would cover Germany's gas consumption for nine years at best, and lower gas prices by no more than one or two per cent. "Fracking won't solve Germany's energy dilemmas. It's a homeopathic measure".