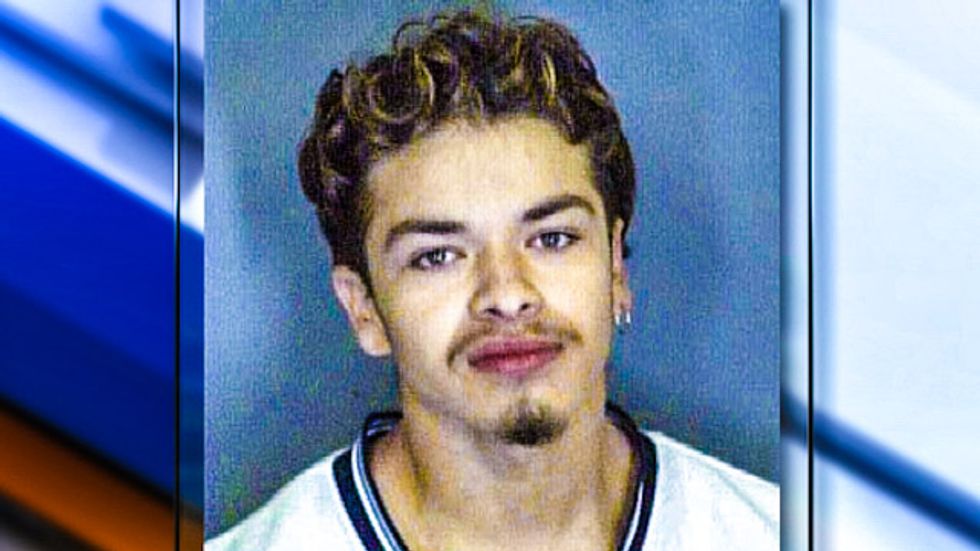 Denver police said this week that a man who fired at officers while handcuffed had hidden a small gun between his butt cheeks, and had bags of methamphetamine in his rectal area.

In May, officers had arrested 32-year-old Isaac Vigil after seeing him allegedly smoke meth in a parking lot, KUSA reported on Tuesday. The suspect was placed into a patrol car with a back-seat cage because he was displaying "violent and aggressive behavior," court documents said.

Officers said that Vigil was searched three times before he was put into the patrol car, but it was difficult because he was "highly agitated." He had threatened to shoot the officers, and said that he wanted to die. Vigil said that he had spent three days smoking meth, and that he did not want to return to prison.

“I’m going to kill you," Vigil reportedly said on the way to the police station. “You better have a vest on.”

When they arrived at the station, Vigil refused to get out of the car, and fired two shots at officers with a handgun that had been concealed in his butt cheeks.

No officers were injured, but Vigil was shot in the stomach by Corporal John Sisneros.

"Okay, I’m done," the suspect told officers after being shot.

As a convicted felon, Vigil was not legally allowed to own a gun, and he had been charged with illegal possession of a firearm just one month before his arrest. Police said that the Raven P25 Auto .25 that was pulled from Vigil's butt cheeks had the serial numbers filed off. The gun contained three more live rounds that Vigil was unable to fire.

In a letter to Police Chief Robert White on Monday, Denver District Attorney Mitch Morrissey said that no charges would be filed against the officers. A Denver Police Department internal investigation was ongoing.