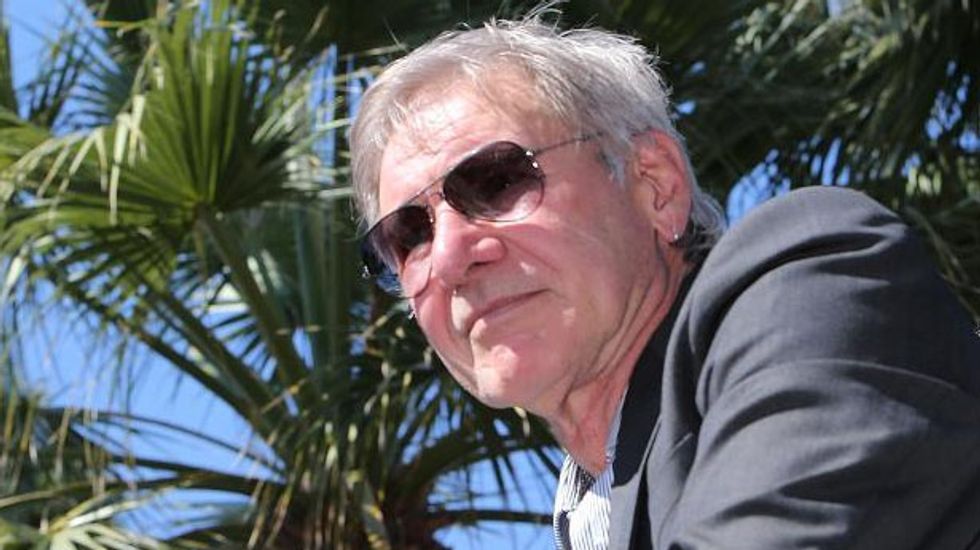 Harrison Ford broke his leg on the set of the new "Star Wars" movie last week, a spokeswoman said Thursday, correcting initial reports that the veteran actor fractured his ankle.

The 71-year-old had surgery on the broken limb after being hurt when a garage door fell and hit him at Pinewood Studios outside London last Thursday, according to British emergency services at the time.

In an update a week after the accident, spokeswoman Ina Treciokas said: "Harrison Ford's left leg was broken in an accident. His surgery was successful and he will begin rehab shortly.

"He's doing well and looks forward to returning to work," she added in a statement.

Filming began in May on the new episode of the iconic franchise, directed by blockbuster filmmaker J.J. Abrams.

Ford is back as smuggler Han Solo, 62-year-old Hamill will return as Jedi Knight Luke Skywalker and Fisher, 57, reprises the role of Princess Leia.

Disney recruited "Star Trek" and "Mission: Impossible III" director Abrams in a bid to re-create the magic from the original trilogy: "Star Wars," "The Empire Strikes Back" and "Return of the Jedi."