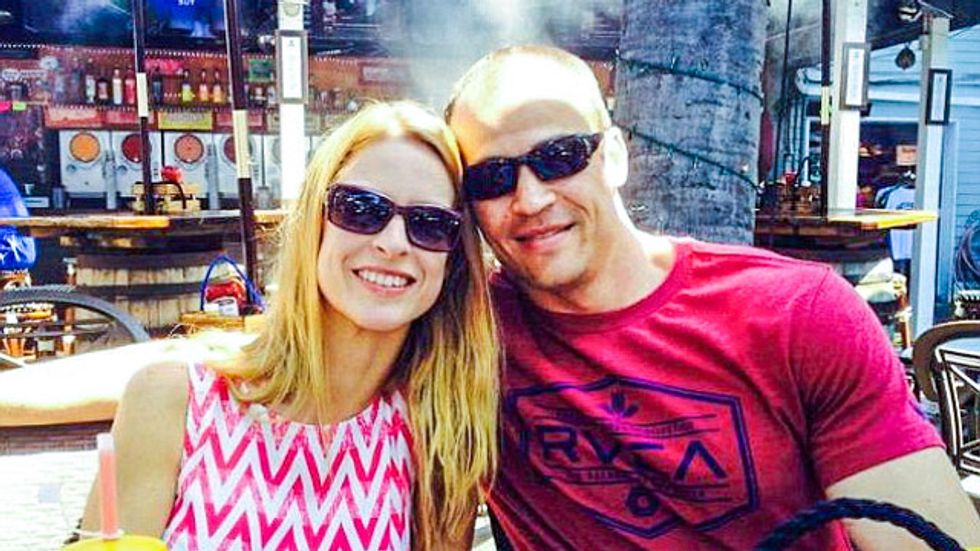 An Illinois man reportedly fatally shot his ex-wife and her new boyfriend at a high school reunion in East Peoria over the weekend before being killed by an off-duty FBI officer.

WEEK reported that 33-year-old Lori A. Moore and her boyfriend, 36-year-old Lance E. Griffel, (pictured, above) were at The Fifth Quarter Sports Bar and Pizzeria on Saturday, when 40-year-old Jason A. Moore walked in and shot them both in the head at pointblank range.

Lori Moore was there to attend her reunion for East Peoria Community High School Class of 1999. More than 100 attendees witnessed the shooting.

According to the New York Daily News, an off-duty FBI officer shot and killed Jason Moore.

"It's very difficult to say. You can play the 'what if' game over and over again, but I think it's pretty clear in his case the presence of this officer and his ability to take very quick and very decisive action prevented a further tragedy," East Peoria Police Chief Ganschow explained.

Lori Moore and her boyfriend were pronounced dead at OSF St. Francis Hospital several hours after the shooting.

Court records indicated that Lori Moore had filed for divorce in March of 2013. Her divorce from Jason Moore became final in May of 2013.

The Illinois State Police were expected to lead the investigation because an officer was involved in the shooting. The officer's name had not been released.