It's come to this: Fox News brings on NFL's Terry Bradshaw for Benghazi analysis 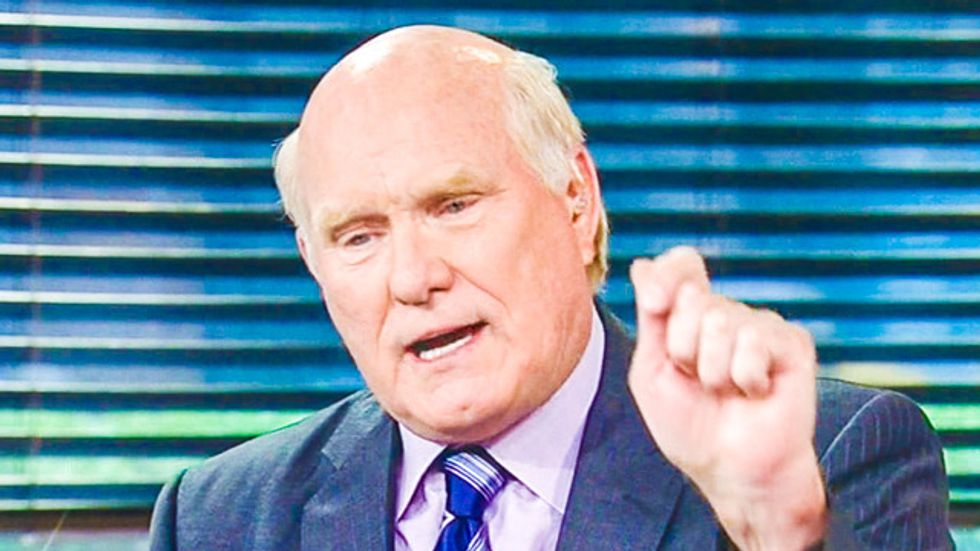 Fox News on Wednesday continued its multi-year obsession with the terrorist attack in Benghazi by inviting NFL football analyst and former quarterback Terry Bradshaw to weigh in.

Out Numbered host Andrea Tantaros began the segment by highlighting a Fox News interview with former Secretary of State Hillary Clinton, where host Bret Baier asked the same questions about the Benghazi attacks that had been answered a year earlier.

"Is this going to hurt the trust deficit even more, and widen that gap with voters if she continues to basically deny the truth?" Tantaros wondered. "That's a classic Clinton move, the triangulation, trying to have it both ways. Bill [Clinton] tries to have it other ways in other places."

"Not really," he grimaced. "Don't particularly like her, never have. The best thing to do here because she's selling a book -- the only reason she's on Fox is because she's promoting books."

"I always say this, if you tell the truth, you don't have to worry about covering up some other story," he continued. "The truth sets you free. Just tell the truth. And now you can hang it -- you'll never forget it, and it becomes your foundation."

In conclusion, the NFL analyst argued that nobody could "buy" that an anti-Muslim video would have triggered attacks in Benghazi.

"Somebody told [then-UN ambassador Susan Rice] to go out there and say that," Bradshaw said. "Was it the president?"