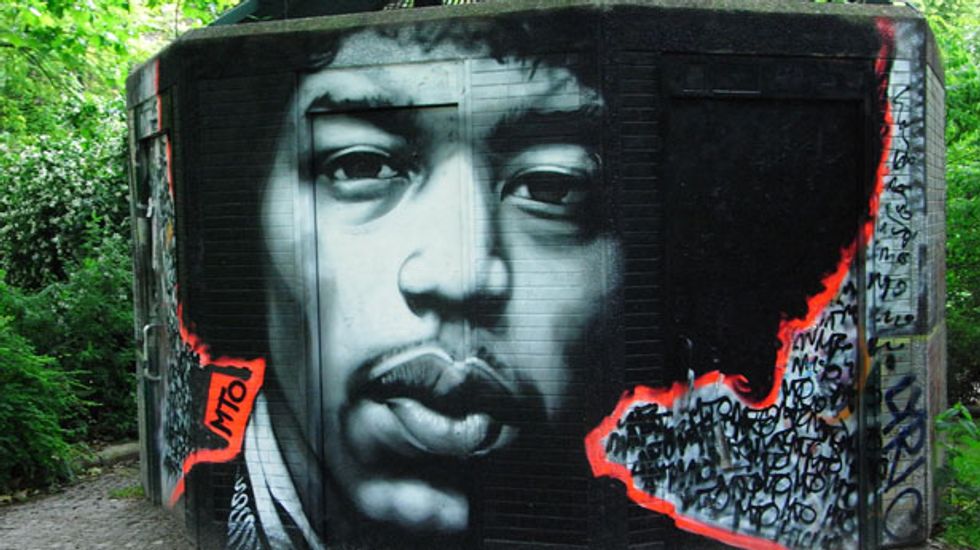 An ex-girlfriend of guitar legend Jimi Hendrix has lashed out at a new biopic about his life, claiming some of it was "completely made up".

Kathy Etchingham, Hendrix's girlfriend from 1966-69, said she was not consulted about the movie directed by John Ridley, who won an Oscar in March for writing the "12 Years a Slave" screenplay.

Although yet to see the film, she is particularly incensed about a scene that depicts their relationship as so turbulent that he beats her up.

"It's just completely made up," Etchingham, who lives in Melbourne, told Fairfax Media in a story published Wednesday.

"Jimi: All Is By My Side" had its world premiere at the Toronto Film Festival last year and is due to screen at the Sydney Film Festival on Thursday.

Etchingham, who is widely credited as being the inspiration for many of Hendrix's songs including "The Wind Cries Mary" and "Foxy Lady", will be in the Sydney audience for her first look at the film.

But based on reviews she has read and reports from friends who went to the Toronto screening, she claimed it was a "wildly inaccurate" portrait of his rise to fame.

If that proves to be the case, Fairfax said she would consider legal action to block its release in Australia.

"If it's that bad, I've got no choice," she said. "If I don't, it'll just get repeated and repeated and it'll become the truth."

Etchingham met a penniless Hendrix in London before he hit the big time and said their relationship was "a completely fun time".

"He was a gentle person -- funny, entertaining, articulate, and knew exactly which direction he was going in," she said.