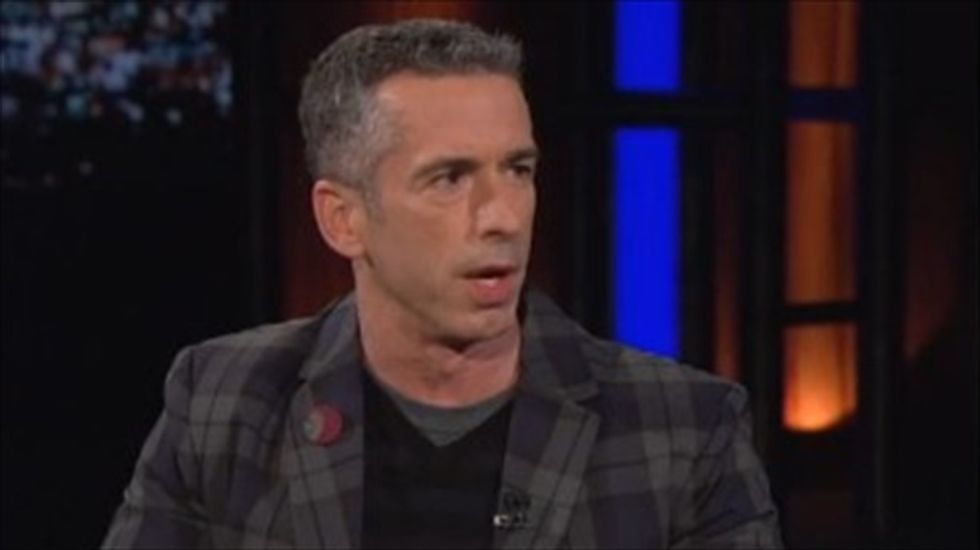 Seattle Stranger editor and bestselling author Dan Savage appeared on the Joe Rogan Experience podcast this week and had some choice words about those strangely effeminate Christian evangelicals who stand adamantly opposed to gay marriage.

"They're externalizing an internal conflict," said Savage. "When you look at somebody like Marcus Bachmann, Michele Bachmann's husband -- who is gayer sound asleep on the sofa than I am with my dick in my husband's ass. That man is on fire, right?"

"I don't know if he's actually gay or not," Savage continued, "but he certainly plays one on TV."

"There's a lot of rage that fuels the antigay movement, and it's peopled by the people who say being gay is a choice," he said, "because they chose not to be gay. They chose not to come out and identify as gay, they are gay. And they keep getting outed."

He discussed the number of anti-LGBT Christian activists who have been caught in same-sex relationships, including Ted Haggard and George Rekers.

"All these people who are prominent in the antigay right and in the ex-gay movement itself who get caught with dicks," Savage said, "it's because they've externalized this internal conflict."

"Isn't it amazing that homophobes actually agreed to sign up for that?" Rogan said.

"I think we need to look at the research methodology, but I do believe they didn't say, 'We need homophobes for this study where we're going to see if you're actually fags or not,'" Savage quipped. "They didn't recruit quite like that."

Rogan said that there are only two reasons people oppose same-sex marriage. "You're either really dumb," he said, "or you're secretly worried that dicks are delicious."