Jon Stewart rips Oliver North: Are you mad that prisoner-trading has 'gone mainstream'? 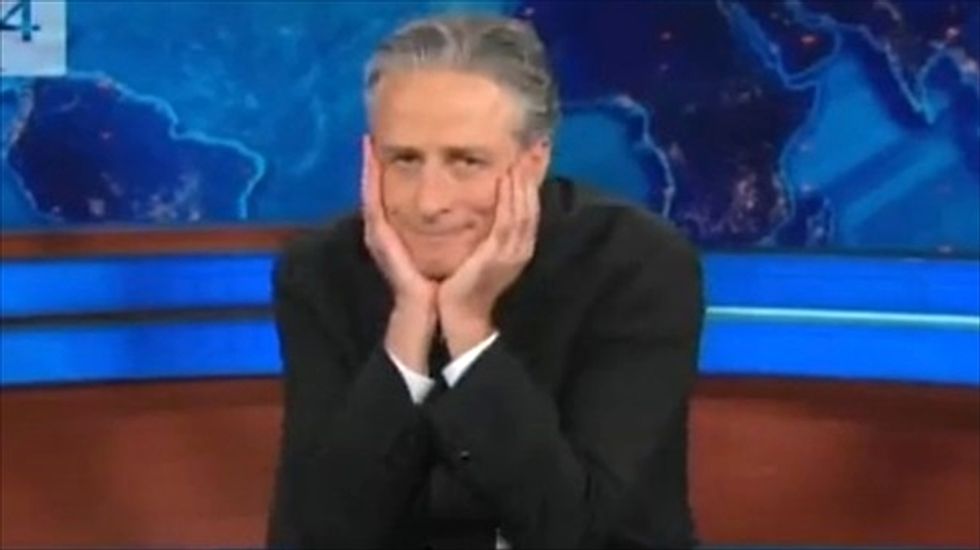 "Finally, some practical advice from an informed voice on the right," Stewart said. "You can overstep your authority, just lie the sh*t out of it afterwards."

But Stewart reminded his audience that North, a former National Security Council member, gained his "hands-on terrorist-negotiating experience" by helping sell 200 missiles to Iran -- in defiance of an arms embargo -- in exchange for assistance in freeing seven U.S. prisoners in Lebanon. North then used that money to fund Nicaraguan "coke-fueled jungle death squads."

The "tragedy" of the exchange of Bergdahl for five Taliban members, North told Fox, was that the deal became public knowledge.

"The reality is, they don't talk about it," North said, before referring to Obama. "Ronald Reagan didn't, and this guy shouldn't have done it."

North also complained that, if a "ransom" was paid to Bergdahl's captors, that it would be used to fund "a criminal enterprise that kills Americans."

"So you're saying it now like it's a bad thing. Does this make you mad 'cause it's gone mainstream?" Stewart responded. "'I was into using American taxpayer money to arm terrorist groups way before it was cool.'"