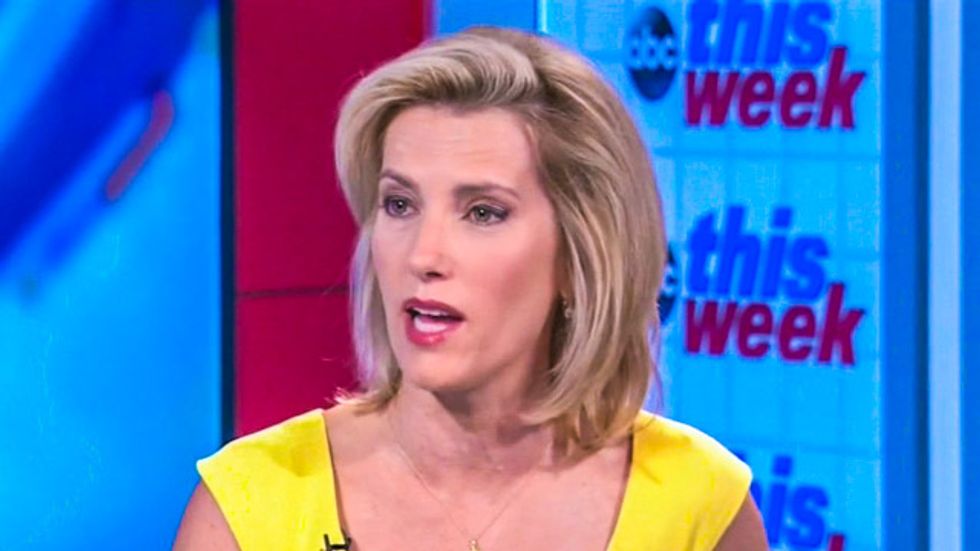 Conservative radio host Laura Ingraham on Sunday argued that House Majority Leader Eric Cantor (R-VA) -- the only Jewish Republican in Congress -- had lost his seat because he couldn't "take a joke" after she suggested trading him to the Taliban over his support for immigration reform.

At a campaign rally for Tea Party-favorite Dave Brat in early June, Ingraham said that President Barack Obama "could have just traded one Eric Cantor" to the Taliban for prisoner of war Sgt. Bowe Bergdahl.

"Sending Eric Cantor back for a little while, let's be sure he gets treated well, that could actually help things," she insisted. "It could help our economy, stop so much spending."

Speaking to ABC News on Sunday, Cantor said jokes about trading him to the Taliban "cheapens the debate."

"That suggestion that I should be traded to the Taliban for Sgt. Bergdahl really is not a serious contribution to any public-policy debate," he noted, adding that even tea party members did not agree with "that kind of notion."

Ingraham reacted to Cantor's comments by accusing him not being able to take a joke.

"If Eric Cantor went back to Washington, that was a green light for immigration reform," she explained. "It was just stunning to watch that interview. He hasn't learned anything."

"He can't take a joke about a prisoner swap," she added. "He has no sense of humor. That's why he lost."