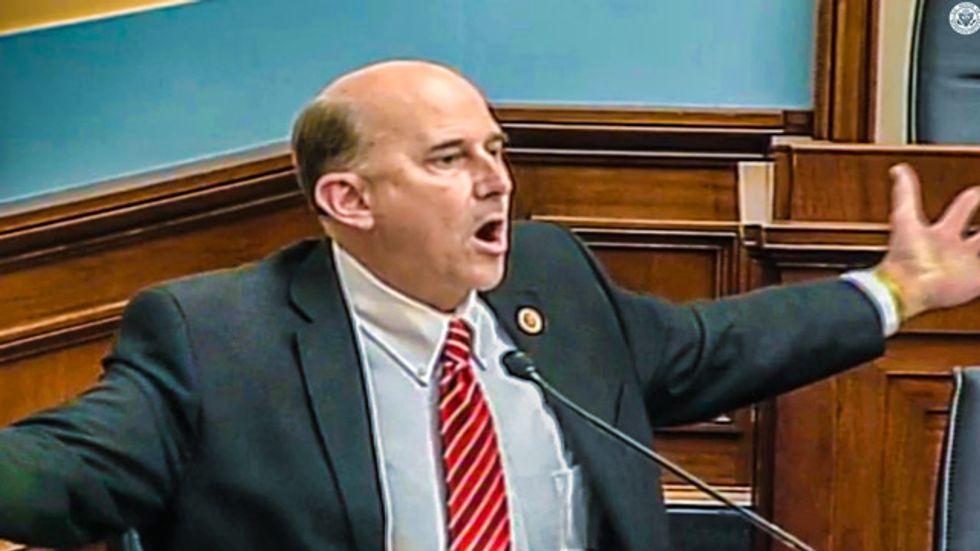 Rep. Louie Gohmert (R-TX) on Wednesday objected to President Barack Obama's immigration policies because he said that they were "luring" diseased children to the United States.

Speaking at a House Judiciary hearing titled "An Administration Made Disaster: The South Texas Border Surge of Unaccompanied Alien Minors," Gohmert accused President Obama of giving undocumented children a "free pass" to stay in the country.

"And what is occurring by this administration luring these children into America by the promise of a free pass once they get here, there are children that are suffering and being hurt, being lured here to their detriment," the Texas Republican opined. "Now, if they get here successfully, that's a different story."

Gohmert said that he had visited a facility in Texas over the weekend where children were "lying on a concrete floor."

"I asked them about, 'I hear there's 18 cases of scabies here, where are they?'" Gohmert recalled. "Oh, you see the little red crime scene tape over here, that's the best we can do because Health and Human Services won't come pick up these people in a timely manner. So, they're lying here on a concrete floor. And those 18 lying there on that concrete floor in that little area behind that crime scene tape are our scabies cases."

"We're still looking for all the lice cases, and the other cases, the flu cases," he added. "And I didn't get this from the federal folks, but from Texas folks who just sent 2,000 doses of H1N1 vaccine to Lackland Air Force Base. They say there's a case of H1N1 flu at Lackland. Does anybody know for sure that is not true?"

In conclusion, Gohmert said that Obama had "sent the message to the world that we're open for anybody that wants to come in."

"And I'm telling you we're not doing our job as a Congress, and the federal government is not doing their job in protecting us from those people who are coming in."

Watch the video below from The House Judiciary Committee, broadcast June 25, 2014.