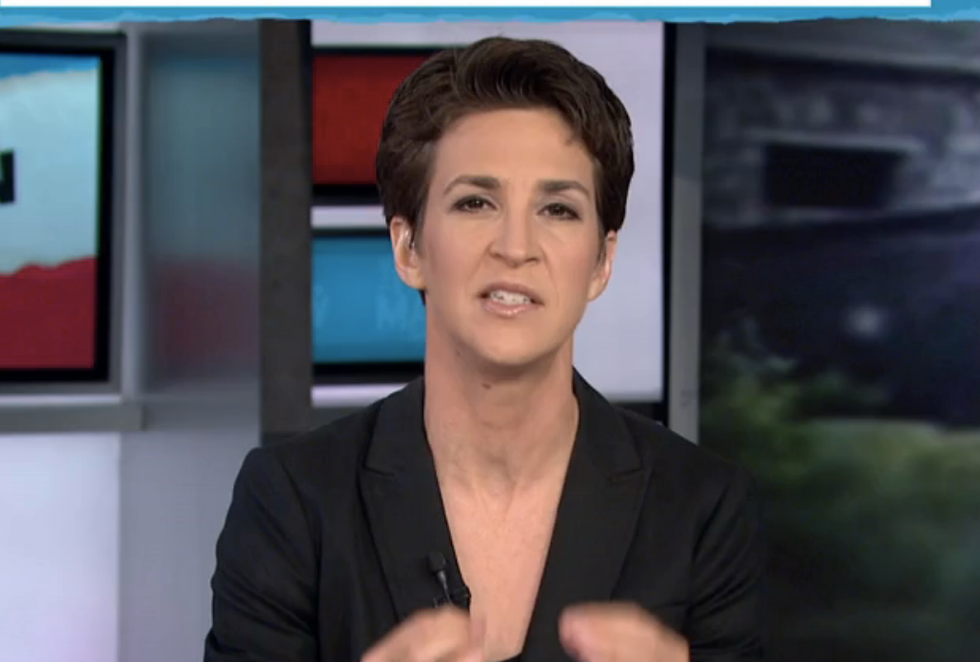 On Wednesday night, MSNBC's Rachel Maddow announced that she has discovered the Rosetta Stone, the "secret decoder ring" by which all of U.S. politics in the Obama administration can be interpreted.

She began by pointing to a Charlie Rose Show appearance by Sen. John McCain (R-AZ) from some weeks ago in which the senator gave his prescription for how President Barack Obama should handle the Russian incursion into Ukraine.

"I think first I would try the Magnitsky, which as you know, targets individuals and their bank accounts and their ability to travel," said McCain. "I would try that first. Then, obviously, I would look at other areas, throw them out of the G8, of course, it should be the G7."

Then, when President Obama did exactly those things, McCain went on Imus in the Morning to bash him, joking that Putin must be "reduced to tears" not to be included in the G8 anymore.

"See?" Maddow said. "This is the Rosetta Stone, this is the magic decoder ring that tells you how Washington works right now. Say that President Obama should do something, then pray that he doesn't actually do it, because if he does actually do it, you're going to have to come out against the thing that you have been recommending all along."

Case in point: Sgt. Bowe Bergdahl, the prisoner of the Afghanistan war whose return Obama traded five Guantanamo prisoners for.

Weeks ago, in an interview with Anderson Cooper, McCain said, "I would be inclined to support such a thing," with regards to swapping the five Taliban combatants held at Guantanamo for Bergdahl, particularly in light of the "rapid deterioration" of Bergdahl's health seen in videos released to the Pentagon by the Taliban.

That, said Maddow, was Step One: McCain suggests Obama do something. Then comes Step Two, in which the president actually does it.

"Step Three?" Maddow said. "Well, now John McCain has to pretend to be against his own idea."

Arizona's senior senator obliged by saying on Wednesday, "This decision to bring Sgt. Bergdahl home -- and we applaud that he is home -- is ill-founded. It is a mistake and it is putting the lives of American servicemen and women at risk and that to me is unacceptable to the American people."

Sighing heavily, Maddow said, "Sen. McCain did not think that very same exchange of prisoners would be 'unacceptable to the American people' when he himself suggested it in February. But once Pres. Obama did it and got Bowe Bergdahl home that way, well that's when the senator had to complete Step Three of his magic decoder ring process and come out against his own idea as a terrible, outrageous and dangerous idea because Pres. Obama actually did it."