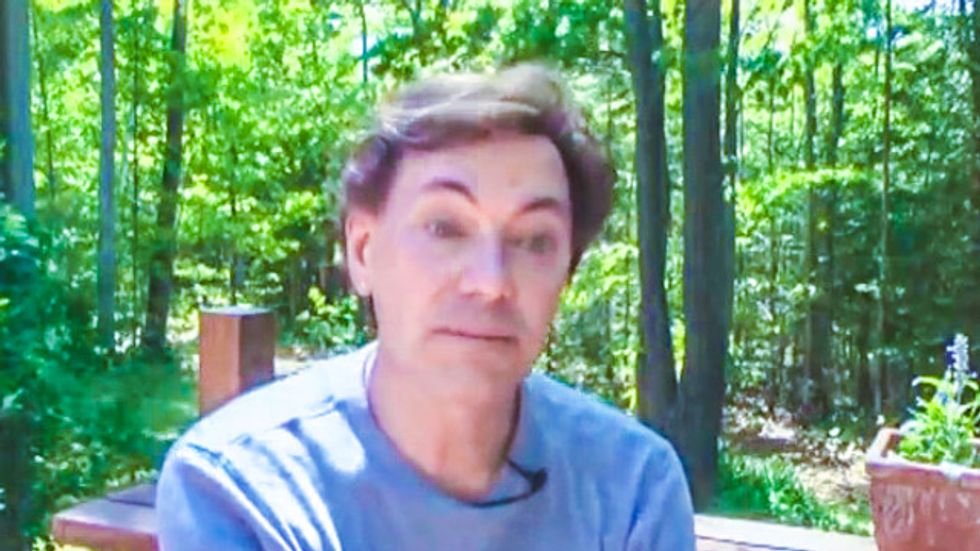 A Michigan man said that he was "shunned" by St. Michael's Catholic Church in Marquette because he publicly declared his love for another man.

Bobby Glenn Brown told WLUC that problems with the church began last Saturday after a commitment ceremony with his partner of 31 years, Don Roberts.

Although Brown -- who was well known in the community as an actor, singer and a dancer -- had never actively hid his sexuality, the church took action when word of the ceremony spread on social media.

"They told me if I wanted to worship that I could worship in the vestibule and listen, but that I would not be able to participate," Brown said.

Brown explained to WNMU that he had served as a cantor, lector and a member of the choir at St. Michael's Catholic Church. But on Sunday, the church said that he would be barred from all of those roles.

"The priest who told me that because of my fake ceremony -- and I reminded him that it was a commitment ceremony, and showed him the ring that I have -- that due to that, that I would no longer be able to minister at St. Michaels," he recalled. "It was very emotional, and it still is. Because it was a place where I felt welcomed and loved. And I felt shunned, for lack of a different term."

In a statement, Bishop John Doerfler insisted that everyone "is invited to follow Jesus Christ and is invited to be a part of the Catholic Church," but those serving in the ministry must have a "willingness to give witness to the Gospel and the Church's teachings."

Doerfler told WLUC that he knew Brown was gay, but he didn't know that he was "acting on" those feelings until the commitment ceremony.

Brown said that the "overwhelming response" that he had gotten from the community had been positive.

"God is everywhere," Brown pointed out to WMNU's Nicole Walton as he choked up on Tuesday. "If there's anything that the Catholic church taught me, was that love and support and commitment and dedication are very important. And that God's teachings are everywhere."

For now, Brown said that he would not return to St. Michaels.

"I love and respect everyone at St. Michael and it wasn't their decision it was the church's decision. I understand that, but at the same time I think things can change and they need to change," he told WLUC.

Both Doerfler and Brown said that they would be open to discussing the matter in the future.