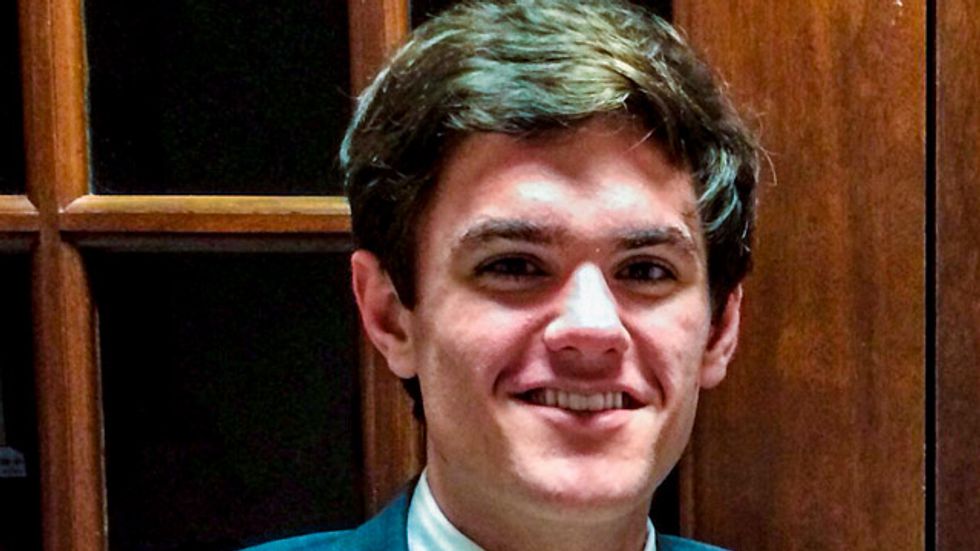 The chairman of the Mississippi Federation of College Republicans (MFCR) said on Monday that he had resigned, and was in the process of switching his party affiliation to Democrat because of the extremism of Tea Party members.

The trouble began last month when MFCR member Kolby Busby broke the rules by using the organization's name in campaign robocalls for tea party-backed U.S. Senate candidate Chris McDaniel. The MFCR has a strict policy of not taking sides in Republican primaries.

The MFCR Executive Board voted to move forward with the impeachment of Busby after charging him with negligence in the performance of his constitutional duties.

But the Saturday impeachment hearing turned to chaos when 35 tea party and McDaniel supporters showed up and started yelling, according to Alvarez. Eventually the mayhem forced the meeting to be postponed, even though MFCR leaders had decided to only ask for an apology from Busby.

"When I ran for Chairman in the spring, I ran to be Chairman of the Mississippi Federation of College REPUBLICANS, not the Mississippi Federation of College 'Tea Partiers,'" Alvarez wrote in his resignation letter. "Also, I believe that the Republican Party has allowed these groups of extremist to have too much of a voice and because of that, the platform of the Republican Party has shifted too far to the right in my opinion."

Alvarez pointed out that society would be "crippled" if the Tea Party succeeded in enacting the "drastic cuts" in federal spending that it wanted.

He also said that the "hatred and cruel words and actions of the far right extremists" would continue to hurt the party's chances with "Women, African Americans, Hispanics, and other minorities in our country."

"I simply cannot be apart of organization that have members who support these far right extremist views, much less be the Chairman of the organization," he concluded.

In an ad for his campaign to be chairman earlier this year, Alvarez had said that the "party must focus on unity."

"Such unity is essential for a thriving community within the Republican Party," he asserted.