One student, gunman dead after shooting at Oregon school 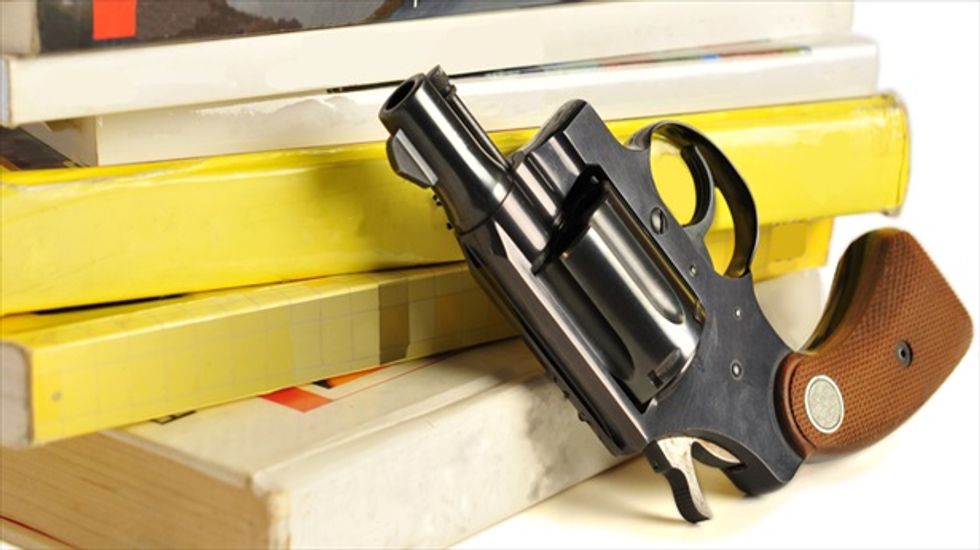 A gunman walked into an Oregon high school gym with a rifle and shot a student to death on Tuesday before he was found dead in a bathroom stall, in the third outbreak of gun violence to shake a U.S. high school or college campus in less than three weeks.

Reynolds High School in the middle-class Portland suburb of Troutdale was immediately locked down, then evacuated room by room, as law enforcement officials converged on the campus of 2,800 students, which had been set for its last day of classes on Wednesday before the summer break.

"A gunman entered the high school this morning, shot one student. Unfortunately, that student has died," Troutdale Police Chief Scott Anderson told a news conference. "The gunman was located and the gunman is also deceased."

Gym teacher and track coach Todd Rispler was grazed by a bullet but made his way to the school's office to initiate the lockdown, possibly saving lives, Anderson said.

Authorities have not publicly named the gunman nor said how he died, but USA Today cited a police spokesman as saying the shooter was a teenager who shot himself to death in a bathroom stall following the attack.

The violence in northern Oregon was the latest in a string of fatal shootings in U.S. public places since May, including one at a Christian college in neighboring Washington state last week in which one student died.

President Barack Obama expressed deep frustration on Tuesday at the inability of Washington lawmakers to tighten gun control measures in the wake of U.S. shootings.

"The country has to do some soul searching about this. This is becoming the norm and we take it for granted in ways that, as a parent, are terrifying to me," Obama said.

'THIS IS NOT A DRILL'

Oregon lawmakers have been at a legislative impasse for about two years over stricter gun control proposals.

Television footage at the Oregon school showed police officers in helmets and tactical gear stepping from armored vehicles and running near the school's perimeter with rifles. Students streamed out of the school with hands raised.

A few miles from the school, students bused from the campus were being reunited with anxious parents in the parking lot of a shopping center.

Two girls from the high school, sisters Kadejah and Deondra Nixon, told Reuters after being reunited with their parents that police were asking students whether anyone had ridden a bus to school with a student carrying a guitar case. Kadejah Nixon said she did not hear gunfire because the shooting was in a different wing of the building, but recounted an announcement over the public address system that urged students to go to the nearest classroom and close the doors.

"'This is not a drill, this is serious, get into a classroom,'" she quoted the announcement as saying.

Police said during a search of the school after the shooting they found a gun on another person, which they believed to be unrelated to the violence. That person, who was not identified, was taken into custody.

Several hundred students, parents, and community members gathered to light candles and pray and sing songs at a vigil late on Tuesday evening.

"Today, Oregon hurts as we try to make sense of a senseless act of violence," Oregon Governor John Kitzhaber, who attended, said in an statement earlier in the day.

[Image: Gun in school via Shutterstock]