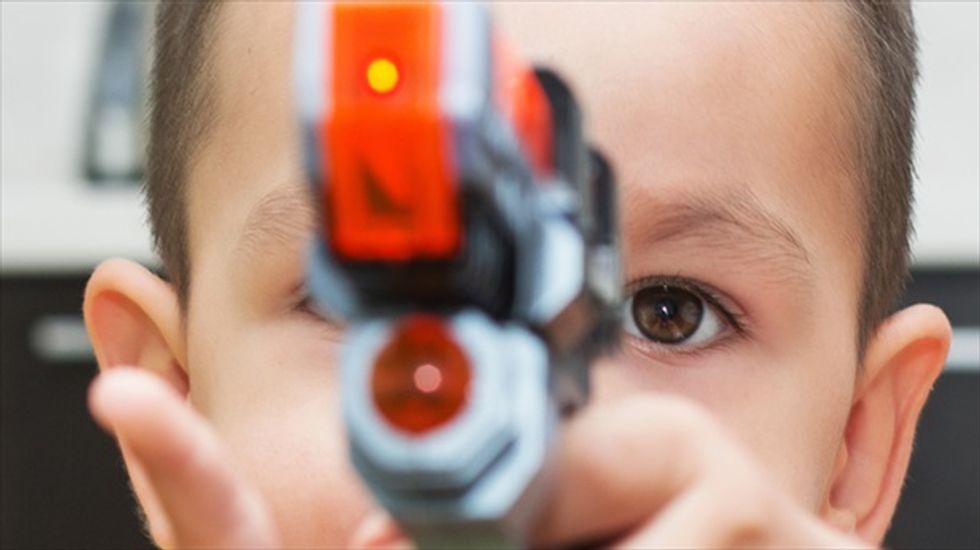 An employee found a loaded handgun last week in the toy aisle of a Target store in Myrtle Beach, South Carolina.

The loss prevention worker said the weapon was sitting in plain view on top of a superhero Playskool toy box on May 30.

The worker initially thought the gun was a toy, but he realized it was real after noticing it was loaded with live ammunition.

"I don't think someone would accidentally drop off a gun,” said shopper Kennedy McClain. “I think he purposely left it there for a child to pick up and think, 'Oh it's a toy gun,' and accidentally point it at somebody and it goes off.”

A police report filed by store management noted a suspicious man who had been walking up and down each toy aisle, including the aisle where the loaded gun was found.

The 9-mm handgun with eight bullets inside had not been reported stolen, and its ownership was not yet clear.

Police released a photo of the man who had been walking around before the gun was left behind, but they’re not certain he’s involved in the case.

News of the incident came as the group Moms Demand Action for Gun Sense in America launched a campaign to ask Target to ban the open carry of firearms in its stores after gun enthusiasts have photographed themselves carry rifles and other weapons inside the retailer's stores.

"Target is currently in the crosshairs of gun control extremists who will stoop to [no] level too low to effectuate their agenda," Grisham said. "Our children are our most precious commodity and intentionally putting them in any kind of danger to exploit a personal agenda is deranged, sick and twisted."

But a spokeswoman for Moms Demand Action strongly denied the implication.

“Only one organization has a history of bringing loaded guns into Target -- it's not us,” the spokeswoman said.

Target said it had no plans to prohibit firearms, but pointed out that it did not sells guns or ammunition at its stores.

“We take these matters very seriously and we are partnering with local law enforcement on this incident,” the company said in a statement. “Because this matter is under active investigation, we are unable to share additional information.”