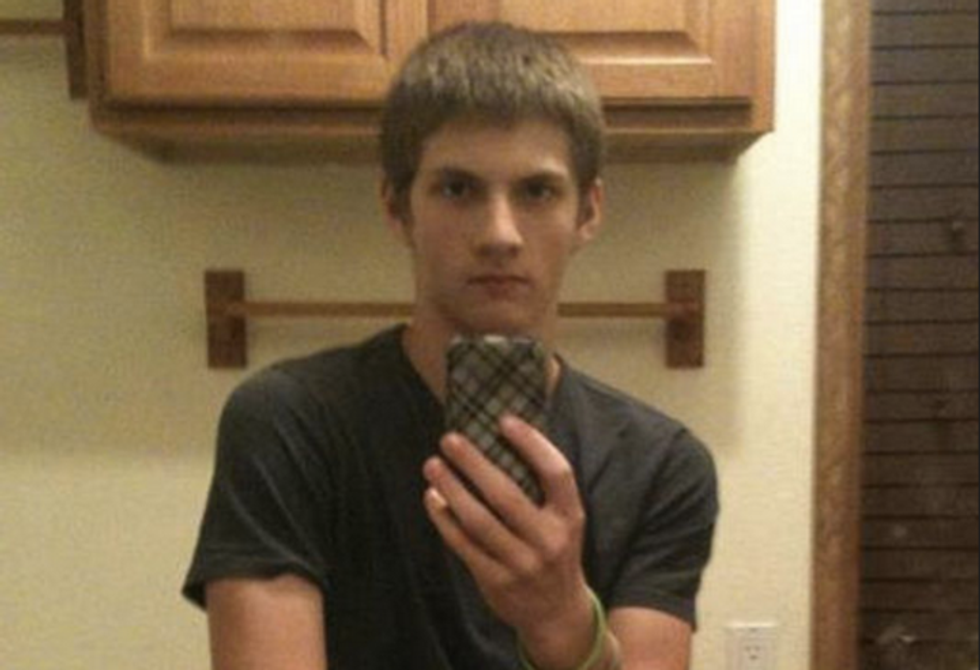 The diary of the 15-year-old Oregon high schooler who shot and killed a classmate and injured a teacher before turning the gun on himself revealed that the teen was a religious fundamentalist who was out to kill "sinners."

According to the New York Daily News, freshman Jared Padgett was known at the Church of Jesus Christ of Latter-Day Saints in Gresham, OR as being quiet, but was "highly regarded for his spirituality" by church elders.

A police source told the TV station that Padgett did not name specific students or teachers in his plans, but was rather on a mission to cleanse the world of "sinners."

Church elder Earl Milliron said to NBC, "“I just can’t believe it. He was very quiet, very serious about his church.”

Milliron said that Padgett had struggled to reconcile his faith and his parents' divorce, saying, “It was rather tragic, the breakup of the family, and that took a heavy toll on his dad."

The LDS church issued a statement on Wednesday that read, in part, "With the entire community, we are shaken and profoundly troubled by this tragedy that has impacted the lives of so many families and individuals. We are praying for all those involved, and hope they will be given the peace they need during this difficult time.”

Padgett's family issued a statement in the wake of the shooting saying that are "horrified and distraught" by Jared's actions.

"Our family does not condone and has never promoted violence or hatred toward anyone," wrote Jared's father Michael Padgett. "The values that we have taught our children are love in Jesus Christ, compassion, forgiveness, and patience."