Pat Robertson: Don't 'get your father busted' if he threatens mom with a gun 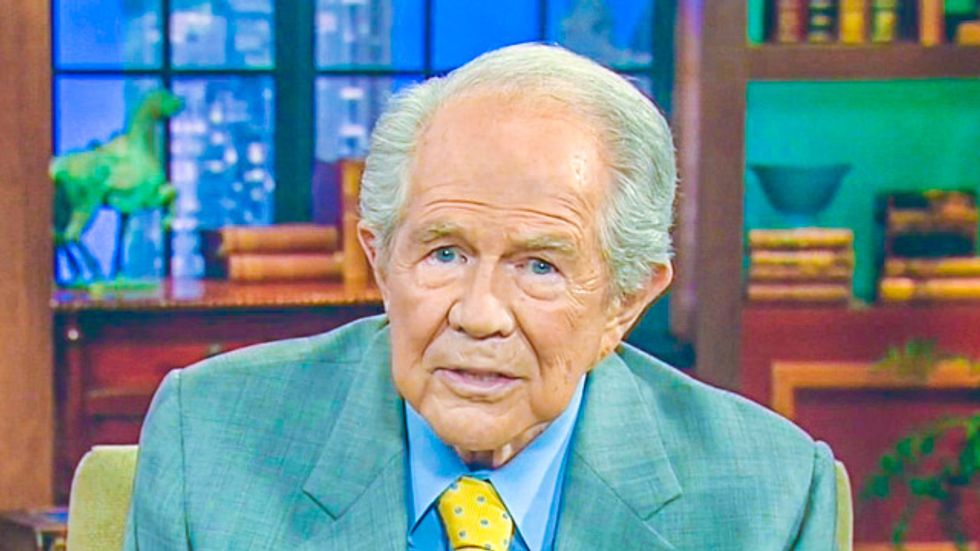 Televangelist Pat Robertson on Wednesday advised children whose mother was being threatened with a gun by the family's father not go to the police.

"Whenever my parents fight, my dad threatens my mom with his gun," a viewer told Robertson in an email. "Fortunately, this now means nothing to my mom, and she never goes nuts about it; she is very calm."

"But as a child, I get nervous and worried when this happens," the viewer's note continued. "Even my younger brother saw this incident. What should we do about it and him?"

"Well, again, you don't want to get your father busted, but you could," Robertson explained. "You ought to go to your mother and say, 'Mom, this thing is scaring me, and I ask you please to get my father to have some help.'"

"This kind of rage -- I mean, one day he's going to pull the trigger," the TV preacher warned. "It doesn't take too much if you've got a loaded weapon and you're brandishing it around, 'I'm going to kill you.' And the next thing you know, the thing goes off. It may be accidentally, but the mother will end up dead."

Robertson told the child that something had to be done about the father.