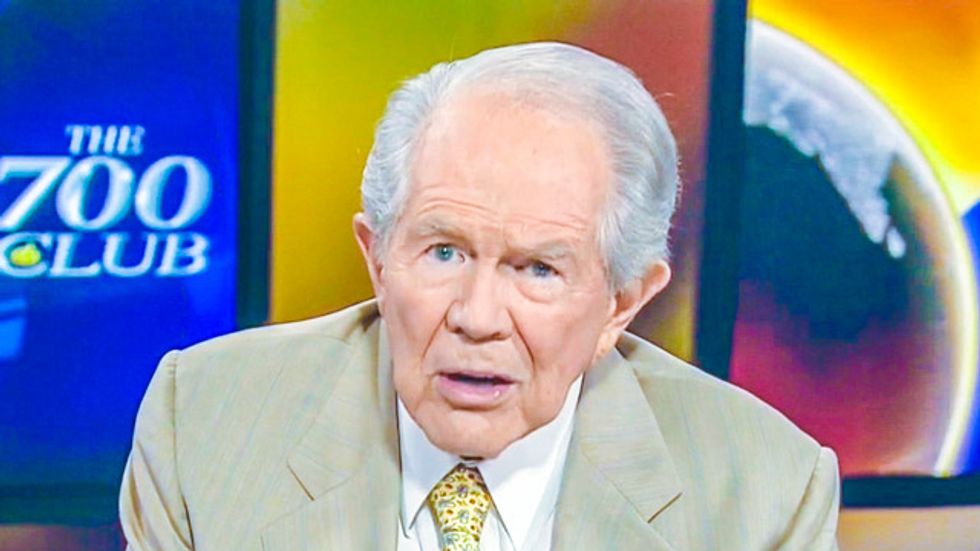 Televangelist Pat Robertson warned his viewers with tattoos on Wednesday that they would be considered heathens, even if the body art included Jesus Christ.

During the "Bring It On" segment of The 700 Club, a viewer told Robertson that a friend was considering getting a tattoo of Jesus on his upper back.

"Does that make it okay?" the viewer wondered.

"It doesn't make it okay because it's religious, believe me," Robertson asserted. "I mean, it could be a tattoo of some hoochie-cooch girl. I mean, it doesn't really make any difference."

The TV preacher explained that the Bible forbid people from "marking their bodies, and cut themselves like the heathen did."

"Tattooing is heathen practice, it is not a Christian practice, to mar the body that [God] gave you," he insisted. "And you see people that have gone crazy on this, and their bodies are just filled with these things."

"It is a heathen practice, and it is prohibited in the Old Testament, and so that fact that it's Jesus doesn't make a bit of difference."