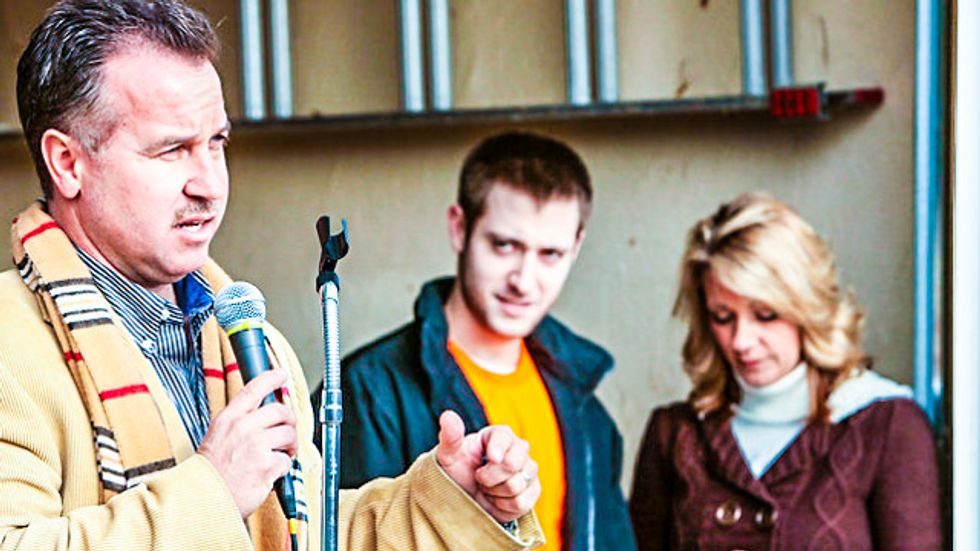 The son of a Republican state representative in Tennessee is facing charges after authorities said that he got drunk and fired a shotgun at an occupied beer truck.

On Friday, the Rutherford County Sheriff’s Office charged 22-year-old Matthew Payton Sparks, the son of Rep. Mike Sparks, with his second DUI after someone reported finding a handgun at the Smyrna Bowling Alley at around 5:15 a.m.

According to an arrest report, a witness said that Sparks and other suspects "did doughnuts in the parking lot and drove through the grass peeling out." While the officers were conducting the investigation, Sparks reportedly returned to the bowling alley.

“While speaking with Mr. Sparks, I noticed he was unsteady on his feet, his eyes were bloodshot, and he had a strong odor of alcohol coming from his person,” Smyrna Police Department Officer Kenneth Harless wrote in the report.

Harless obtained consent to search Sparks' vehicle and found “a single-shot shotgun that was lying in the back seat next to a box of shotgun shells.” The officer said that Sparks failed a field sobriety test, and explained that he had mixed prescription medication with alcohol.

“Mr. Sparks stated he returned to the bowling alley to retrieve his phone and sober up,” the arrest report said.

Sparks was taken into custody and charged with driving under the influence, and refusing to comply with the state's informed consent law, which allows officers to measure blood-alcohol levels.

On Monday, the Rutherford County Sheriff’s Office added charges after officers alleged that Sparks had fired a shotgun, hitting a beer truck.

Two Ajax Turner employees told deputies that they were waiting outside Kountry Korner Market about an hour before Sparks was arrested when a man approached them holding a shotgun.

As the beer truck was driving away, Sparks "fired a shot from the shotgun that hit the side of the trailer,” Deputy Michael Moody explained.

Sparks was being held in Rutherford County Adult Detention Center in lieu of $4,500 bond on Tuesday.