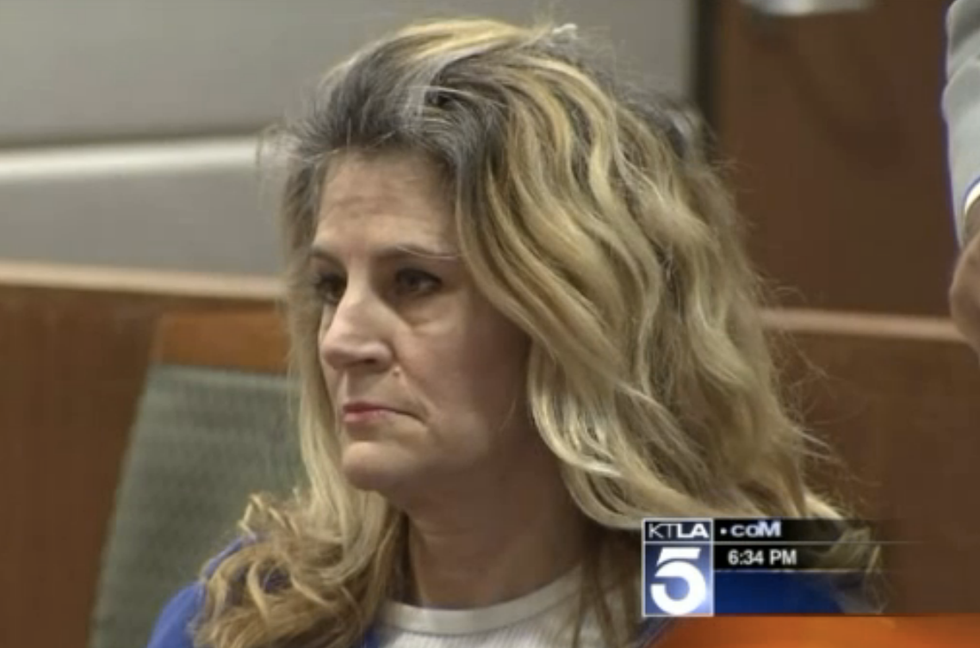 A skin-care specialist based in West Hollywood who once boasted a roster of celebrity clients reportedly tried to get white supremacists to murder her "double minority, Mexican gay" business competitor.

According to KTLA Channel 5, Dawn Melody DaLuise, 55, appeared in court for a preliminary hearing on Monday. The owner of the Skin Refinery salon was reportedly furious that rival esthetician Gabriel Suarez opened his own salon in the same West Hollywood business complex at DaLuise.

DaLuise mounted a months-long phony online campaign, trying to make it appear that Suarez was stalking her, according to Detective Steven McCauley of the Los Angeles County Sheriff's Department. She also contacted multiple people in an effort to find hit men to kill the Mexican-American businessman, whose skin salon is called Smooth Cheeks.

“In one instance...she asked him if he could get her in contact with a white supremacist group, and the phrase from that point was, in essence, to find somebody to take out a ‘double minority, Mexican gay,’” McCauley said in court.

McCauley played the court nearly an hour's worth of audio tape, a recording of a lengthy conversation he had with DaLuise at a Denny's restaurant. She initially contacted McCauley to enlist the police's aid against the made-up harassment campaign by Suarez.

When McCauley spoke to witnesses, however, DaLuise's story came apart. The prosecutor in the case said that several witnesses are prepared to come forward and state that DaLuise asked them to lie and falsify evidence to show that Suarez had targeted her for online harassment.

If convicted, DaLuise could face up to nine years in prison. She is due back in court on July 7.

Suarez told reporters outside the courtroom that he was astonished to hear the lengths that DaLuise had gone to.

“It’s just really scary,” Suarez said, according to KTLA, “the hate that this person could have toward somebody.”