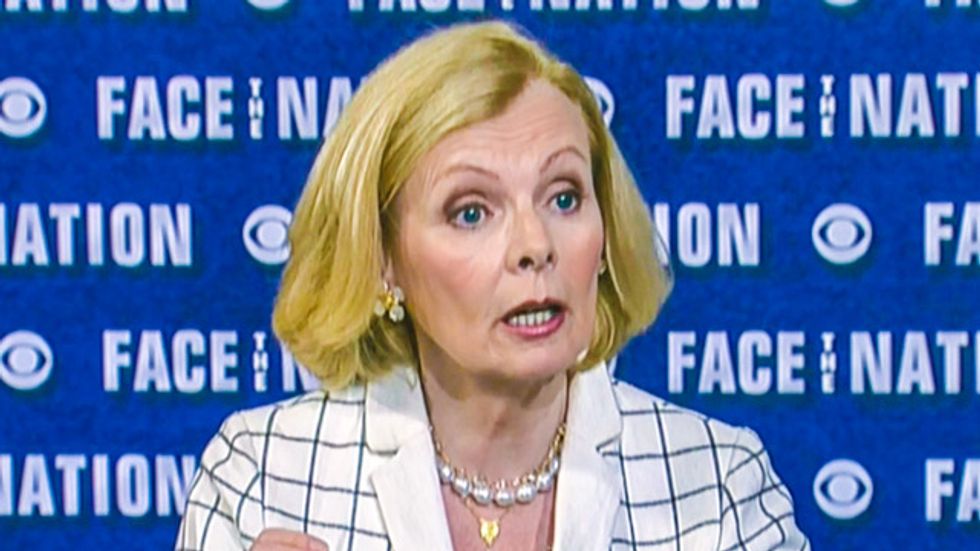 With no sense of irony, Wall Street Journal columnist Peggy Noonan on Sunday slammed former Secretary of State Hillary for what she said was "banal" writing.

In her column last week, Noonan had attacked Clinton's roll out of her book, "Hard Choices," saying that the former first lady's "scripted answers were tiring."

"The old trick of answering the question you wish you'd been asked instead of the one you were is weary to the point of antique. So is her tendency to filibuster," Noonan wrote. "It was sad. She was almost interesting! Her tendency to check herself comes across more as a tic she can't control than an attempt to maintain discretion."

Speaking to CBS News host Bob Schieffer on Sunday, the Wall Street Journal columnist opined that Clinton and her team had made mistakes in rolling out the book.

"The impression was not so great, the book got almost universally panned, it does not appear to be selling well or according to expectations," she declared.

"It was essentially a banal piece of work," Noonan laughed. "You know, it wasn't really riveting like some former secretary of state memoirs and histories."

Noonan, however, usually finds herself on the other side of the charge of "banal" writing.

Glenn Greenwald has referred to her column as "banal, malicious meanderings," and Andrew Sullivan wrote that Noonan "swings between banal experience and platitude" in her own book, "Life, Liberty and the Pursuit of Happiness."