The Charlie's Angels of Bullsh*t 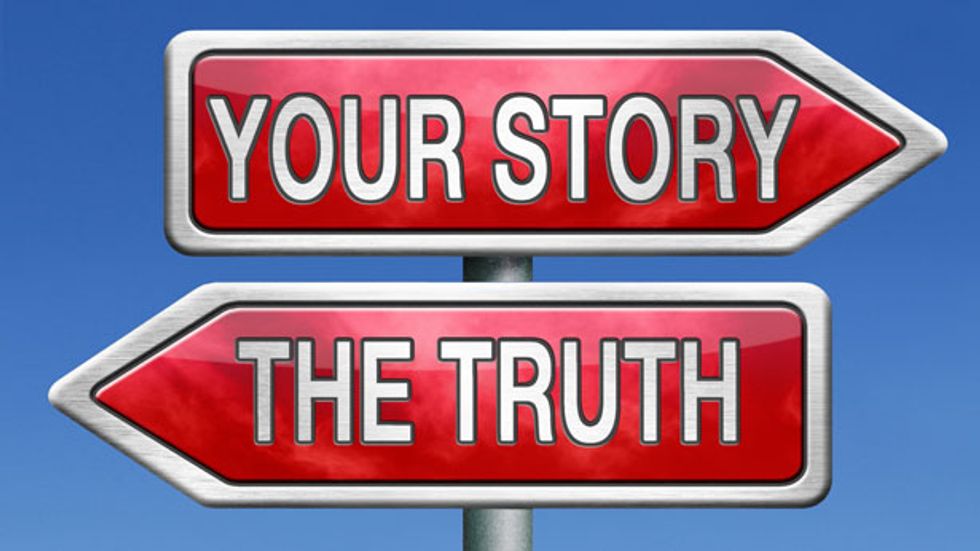 “Why, sometimes I've believed as many as six impossible things before breakfast.”

Tammy Bruce who once speed-dated fame but, alas, it didn't work out (fame didn't call the next day, doesn't return texts, eventually took out a restraining order) has set up shop at boutique wingnut chop-shop, the Washington Times, where she occasionally shares a cubicle with other didn't-you-used-to-be's like Thomas Sowell, Patrick Buchanan, and Christine O'Donnell. At the WaTimes, Bruce enjoys the editorial freedom to write whatever she wants as long as it isn't plagiarized-- looking at you, Rand Paul -- or joyously racist -- looking at you, Robert Stacy McCain.

Along with that freedom to write about whatever she wants, Bruce is allowed to extrapolate from facts not in evidence or, as you may call it: 'make shit up.' This is a perk most believe is limited to fellow DC gasbag George Will, but is less noticeable at the Washington Times since nobody actually reads it; it's more of a holding pen for writers until something opens up at the AutoTrader.

Bruce's latest offering deserves special attention, or at least a WTF?, for being so completely at odds with reality that we may all have tumbled down a rabbit hole with her... and that way lies madness.

In other words, they are serious, recognized, accomplished and fearless women who exemplify what it takes to be investigative journalists.

Okay, let's dig into this mess, because that is what we do. Take it away, Bruce:

In March, after two decades with the network, Sharyl Attkisson resigned from CBS News after the network obstructed most of her reporting on Obama administration scandals.

Ed Morrissey, at the blog HotAir.com, described Ms. Attkisson’s concern that the Obama administration was hindering her work: “The White House would pressure her to change or drop her reporting, and when that didn’t work, they worked her bosses instead .” Her ability to do her work simply became untenable.

Actually, no. Her sloppiness --some might say 'deliberate sloppiness'-- became untenable.

Attkisson botched a story on the ACA roll-out based upon a partial-transcript from a closed-door meeting that was leaked to her by Republican staffers, she shanked a story on Solyndra,  she blew a Benghazi story, and she's an anti-vaxxer. What makes her most appealing to Bruce is that, since jumping ship from CBS to Fox and the Heritage Foundation's Daily Batshit Signal, she has accused Media Matters of stalking her and claimed that someone was hacking her computer, proving that you can't be a con-servative without the con-spiracy.

This week, Lara Logan returned to CBS after being sent to the cornfield because the Obama administration didn’t like a report on Benghazi she did for “60 Minutes.” The FBI actually pressured the network, and called a featured source of hers a liar.

After Logan spent a year on her Benghazi story, it was debunked in less than 48 hours. It was so wrong that CBS and Logan had to apologize for it, Logan was put on hiatus, a division of CBS recalled a book written by her 'featured source' because it was a complete fabrication, and the network went so far as as to ask Nexis to delete the 60 Minutes transcript.

Granted, under normal circumstances, this is what is known as "close enough for Fox & Friends," but it is frowned upon elsewhere.

Bringing up the rear for Bruce is Judith "I was proved fucking right" Miller who was proven fucking wrong because she swallowed the whole Chalabi.

Judith Miller’s experience is eerily similar. She resigned from The New York Times in 2005 after spending 28 years at the paper. Leading up to the Iraq War, she reported what was the universal understanding about weapons of mass destruction (WMD) in Iraq.

Yet it was Ms. Miller who was specifically targeted by the liberal establishment, which cast her as somehow being complicit in the start-up for the war.

Her Iraq coverage didn’t just depend on Chalabi. It also relied heavily on his patrons in the Pentagon. Some of these sources, like Richard Perle and Paul Wolfowitz, would occasionally talk to her on the record. She relied especially heavily on the Office of Special Plans, an intelligence unit established beneath Undersecretary of Defense Douglas Feith. The office was charged with uncovering evidence of Al Qaeda links to Saddam Hussein that the CIA might have missed. In particular, Miller is said to have depended on a controversial neocon in Feith’s office named Michael Maloof. At one point, in December 2001, Maloof’s security clearance was revoked. In April, Risen reported in the Times, “Several intelligence professionals say he came under scrutiny because of suspicions that he had leaked classified information in the past to the news media, a charge that Mr. Maloof denies.” While Miller might not have intended to march in lockstep with these hawks, she was caught up in an almost irresistible cycle. Because she kept printing the neocon party line, the neocons kept coming to her with huge stories and great quotes, constantly expanding her access.

Yes, that Judith Miller, the one Tammy Bruce calls "one of the most important terrorism and germ-warfare investigative journalists in the world."

So there you have it: Lara Logan, Sharyl Attkisson, Judith Miller who share with Tammy Bruce important qualities such as ambition, an agenda, and a basic disregard for accuracy and honesty.

They're the Charlie's Angels of Bullshit.

[Telling the truth on Shutterstock]