Priest killed, another wounded in burglary at Arizona church 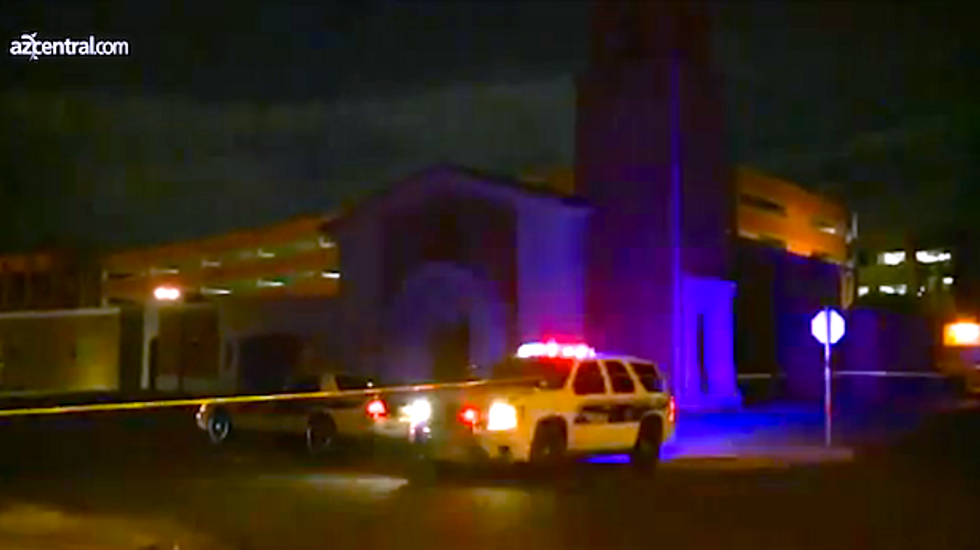 One priest was shot dead and another injured Wednesday evening during what police described as a burglary at a Catholic church in Phoenix, police said.

Police were notified of a burglary at about 9 p.m. local time at the Mother of Mercy Mission Catholic church, police spokesman Steve Martos said in a statement.

"Both victims are priests and the crime occurred in a living quarters attached to the church," Martos said.

One of the priests suffered a fatal gun shot wound and was pronounced dead in hospital and the other priest was in critical condition at an area hospital, though the nature of his injuries was not known, Martos said.

A car stolen from church property was later found unoccupied and no arrests have been made, he said.

Watch this video report posted online by the Arizona Republic: