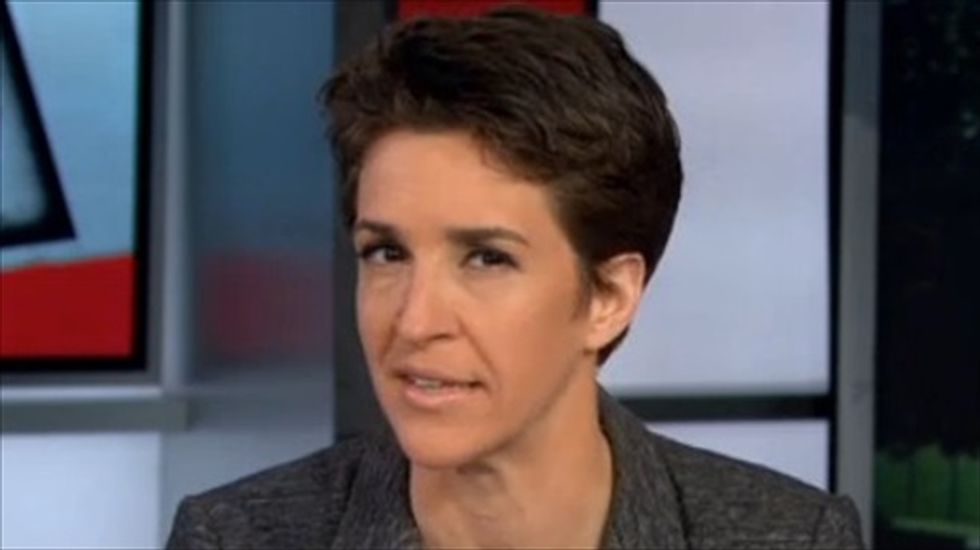 On Wednesday night, Rachel Maddow slammed the Wall Street Journal op-ed piece by former Vice President Dick Cheney and his daughter Liz that appeared in Wednesday's paper. In it, the Cheneys argued that President Barack Obama's incompetence has bungled the fragile peace won by U.S. forces in Iraq.

The column appeared on the same day that the Cheneys announced their Alliance for a Strong America, a conservative pressure group designed to amplify the hard right perspective on foreign policy and "educate about and advocate for the policies needed to restore American power and pre-eminence."

"Liz Cheney has been living in the Washington, D.C. area for many, many, many years, but last year, unexpectedly," Maddow explained, "she moved back to Wyoming. She made claims that she'd actually been living there all along."

Liz Cheney intended to unseat popular, long-serving Sen. Mike Enzi (R) by attacking him from the right. Wyoming voters were skeptical, and the Cheney campaign died an early death when the vice president's daughter failed to make a dent in the polls.

"So, Liz Cheney's last foray into politics, indeed, the last foray of any Cheney family member into political effort was basically a short-lived comedy of errors masquerading as a Wyoming senate race," said Maddow.

Then came Wednesday's announcement and op-ed column and the launch of the Alliance for a Strong America website, which, Maddow noted, has a definitely amateur-hour, "slap-dash" feel to it, with its spelling errors and clip art graphics.

Much of the world is "convulsing," Maddow said, to see the same old Iraq War architects and Bush administration shills being trotted out as experts on Middle East policy. To see the Cheneys holding themselves up as avatars of a new policy rises to the level of self-parody.

"Who listens to this stuff?" she asked. "On the outside, it's ridiculous, right? Seeing Dick Cheney in a cowboy hat and Liz Cheney at their misspelled website, telling us that they know what to do in Iraq. It’s like watching a particularly humorless, ham-handed left-wing parody in a student theater production at Hemp State in 2004.”

"I mean, nobody would accuse the Cheney family of something this on-the-nose, this brazenly obnoxious," she said, "unless they did it themselves. And they did it themselves, there they are, it's crazy. From the outside, it's laugh-out-loud territory. But from the inside, does it work?" Will conservatives inside their media bubble swallow it?

That, Maddow said, remains to be seen.