Radio host to CA shooting victim's dad: 'Stupid son of a b*tch' should give your kid a gun 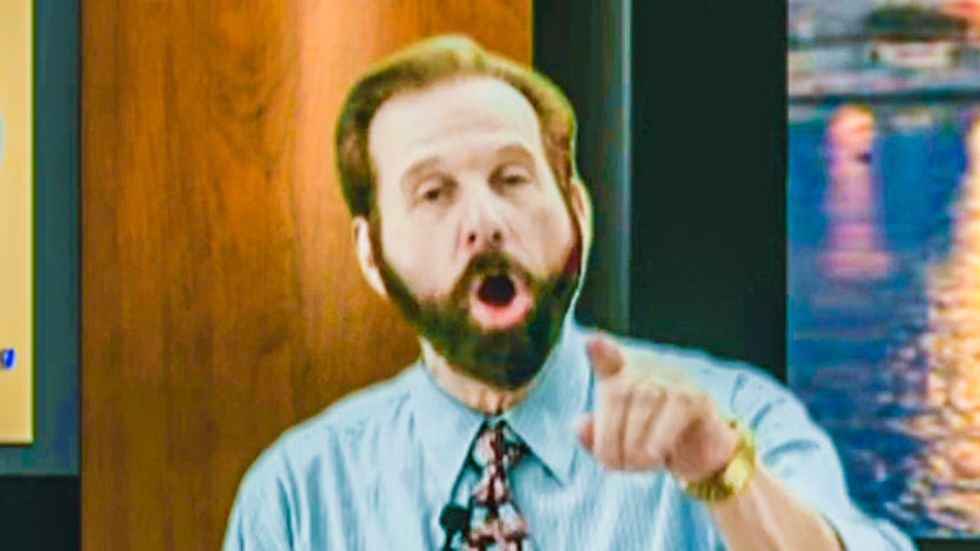 Conservative radio host Stan Solomon recently blasted a father whose child died when a 22-year-old woman-hating shooter killed 7 people including himself self near UC Santa Barbara last month because he had not given his kid a gun.

Larry Pratt, who is executive director of Gun Owners of America, told radio host Stan Solomon in an interview last week that liberals were calling for more gun control after Elliot Rodger’s shooting rampage because they were "emotional."

"They instinctively don't like people carrying guns, they think it's dangerous," he explained. "And when you present the facts to them, that actually, it's rather more dangerous to do it your way, they just look at you in disbelief, like you've just landed from Mars."

Solomon argued that gun control advocates were protecting an "investment in stupidity."

He continued: "The father of one of the girls who was killed blamed the NRA, and my response is, 'You stupid son of a bitch, what the hell is wrong with you? If you had taught your daughter how to have and use a weapon, she might still be alive.'"

Although Solomon mentioned that the victim was a "daughter," he was most likely referring to Richard Martinez, who accused the "craven, irresponsible politicians and the NRA" for being complicit in his son's death.

Pratt added that the shooter's family was also at fault for not giving him "a little rear-end warming from time to time."

"He wanted everything he wanted when he wanted it," Solomon agreed. "And since he wasn't getting it, he was going to make people pay."

Pratt observed that the 141-page document Rodger posted just before his shooting spree "clearly reflects the thinking of a person like our president, who's extremely narcissistic. And it's all about me. All about me."

Watch the video below from the Talk to Solomon Show, uploaded June 3, 3014.