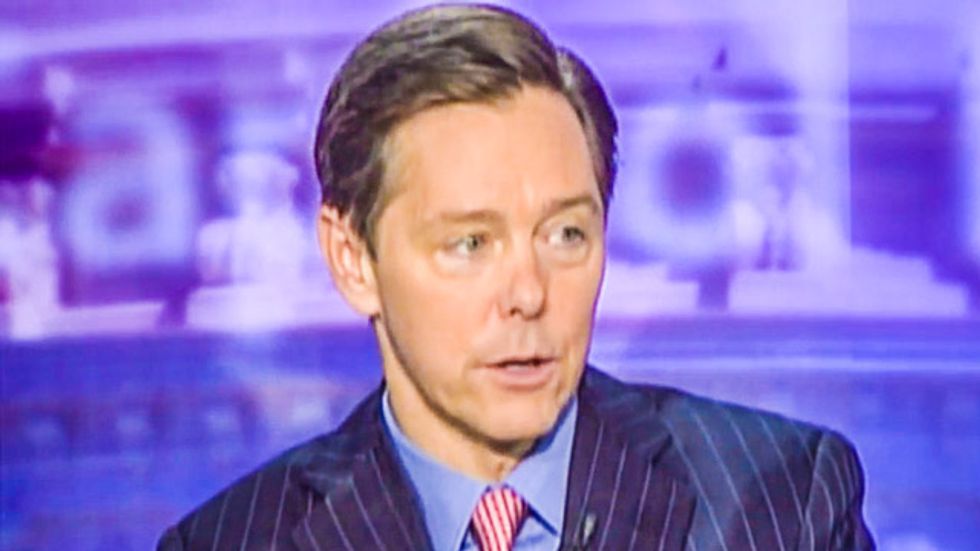 Faith & Freedom Coalition Chairman Ralph Reed asserted in a recent interview that Republicans would definitely come out ahead in the 2014 elections by opposing equal marriage rights for same-sex couples.

During an interview with Bloomberg TV over the weekend, host Al Hunt asked Reed if evangelical Christians would reject any candidate who supported same-sex marriage.

"That's the position that we take," Reed declared. "If you poll Republican primary voters, 75 to 80 percent of them are in support of traditional marriage."

Reed argued that every prospective 2016 GOP presidential candidate was "pro-life, pro-family and pro-marriage."

Hunt, however, pointed out that young voters were "overwhelmingly pro-same-sex marriage."

"They are," Reed admitted. "But a lot of the people, who in the 60s and 70s were protesting the Vietnam war, and for legalizing drugs, were voting for Ronald Reagan in 1980 and '84. People change."

"It's definitely a winner," Reed insisted. "And it's a winner in ways that surprise a lot of people. Remember, Al, when California voters voted on this issue in 2008, all the polling showed that it was going to win overwhelmingly."

"And what happens is, if you talk to pollsters who poll this, is there's a lot of minority voters who are traditionally Democratic voters, but they're also people of faith," he added. "And they tend to tell pollsters that they're going to vote one way, and then they go in and vote another way."

Watch the video below from Bloomberg's Political Capital, broadcast June 22, 2014.