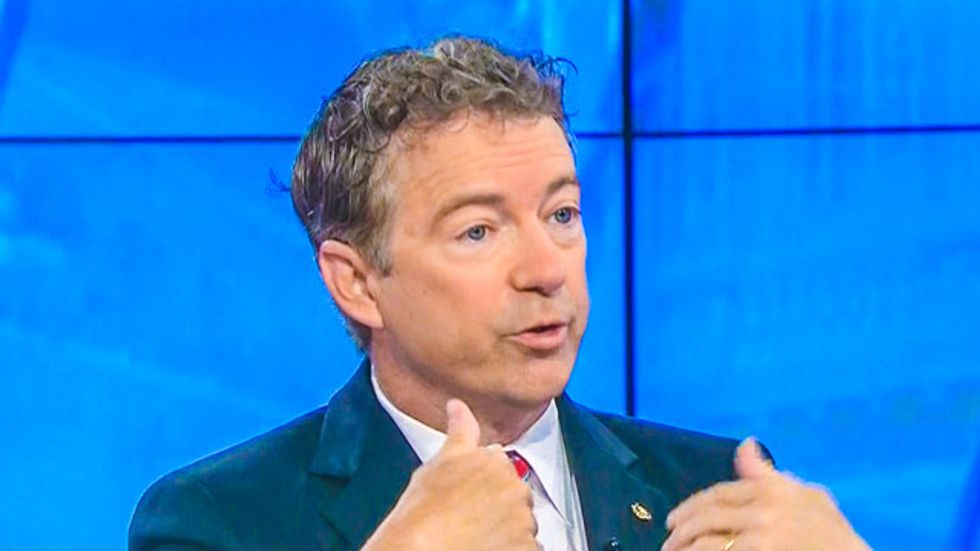 Sen. Rand Paul (R-KY) on Sunday said that Republicans had been "unfairly tarred" as a party that was trying to make it more difficult for minorities to vote.

CNN host Candy Crowley noted during an interview with Paul that he had proposed restoring voting rights for non-violent felons, and wondered if it was an effort to gain minority Republican voters.

"Republicans have been unfairly tarred as, oh, trying to suppress votes," Paul asserted. "Here's a Republican who wants to enhance the vote. This is a much bigger problem than anything else limiting voting right now. Nearly a million people can't vote, and I want to help people get the right to vote back."

The term "tarred" is a reference to tar and feathering, a punishment that was sometimes used by white supremacists to terrorize African-Americans.

The Kentucky Republican explained that his advocacy of voting rights for felons was "opening the door" for him to talk to minority communities.

"Three out of four people in prison are black or brown for non-violent drug use," he pointed out. "The war on drugs has had a racial outcome unintentionally, but it has a racial outcome. And I want to try to fix it."

But Paul opposed former Secretary of State Hillary Clinton's recent suggestion that every citizen should be automatically registered to vote at the age of 18.

"I think voting should require a little bit of effort," he said. "But I am for people voting. Registration is not as big a deal for me. In fact, I've talked with other senators about online registration, maybe make it easier."

"But voting needs to be in person. I don't like the concept of you don't even have to get off your couch to vote," Paul added. "So, I am for going to the polls."

According to the Brennan Center, at least 92 bills restricting voting were proposed by largely Republican-controlled state legislatures during 2013. And that trend continued in 2014.

Watch the video below from CNN's State of the Union, broadcast June 22, 2104.