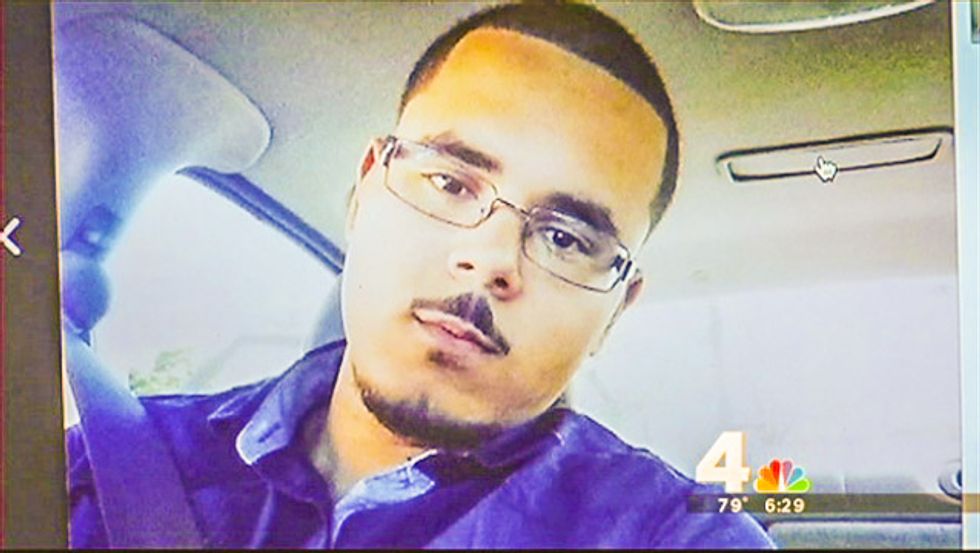 A 23-year-old Maryland man who had taken a job repossessing cars so he could buy a wedding ring for his new wife died over the weekend after a Virginia man shot him twice.

When Sgt. Darrell Shores arrived on the scene, 53-year-old truck owner Carroll Edward Gregg Jr. told the deputy that the shooting had been "just an accident."

"He's in there dead," Gregg said, pointing to the ditch.

"I shot him," he allegedly explained. "I shot, fell and shot again. It was an accident."

Divers attempted to rescue Montero from the water-filled ditch where his tow truck end up, but it was too late.

Gregg told officers that it should be against the law for vehicles to be repossessed "in the middle of the night.”

According to WRC, Montero had taken the job as a repo man to provide a better life for his wife, Mayensy Molina, and her son. He wanted to buy her a wedding ring, and to move out of his in-laws' home into a home of their own.

Montero had only been a repo man for two weeks. His family planned to bury his body in the Dominican Republic, where he was born.

Gregg was facing charges of second-degree murder. He requested a court-appointed attorney at a hearing on Friday, saying that he could not afford to pay for one himself.