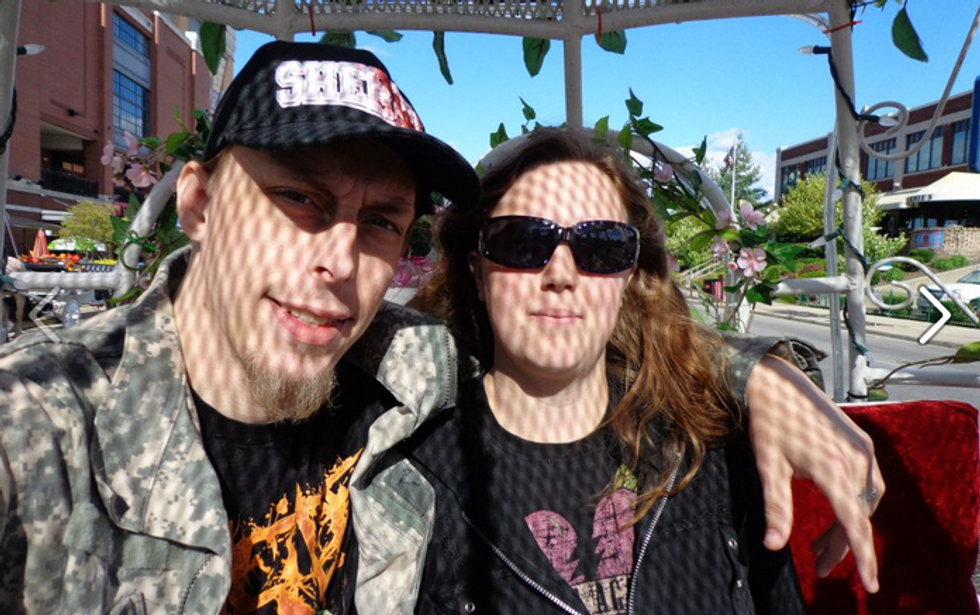 Jerad and Amanda Miller, the Nevada couple that killed two police officers and another person during a shooting attack in Las Vegas on Sunday before committing suicide, might have also been planning a similar assault at a courthouse, the Las Vegas Review-Journal reported on Monday.

Police said they found a box full of documents detailing a separate attack after searching an apartment belonging to the Millers' neighbor, Kelley Fielder. The plan reportedly involved "executing" public officials at the unidentified courthouse. Three empty rifle cases and an empty box for handcuffs belonging to the couple were also taken from Fielder's residence.

Fielder allegdly described the couple as her "best friends," but said she did not know they were "that crazy."

The Millers shot and killed Officers Alyn Beck and Igor Soldo in an ambush inside a local pizza shop. They then moved to a nearby Walmart, where Jerad Miller was confronted by 31-year-old Joseph Robert Wilcox, who was carrying a licensed concealed firearm.

However, police said, Wilcox did not know Amanda Miller was involved, allowing her to kill him before he could fire on her husband.

"He had no idea the wife was walking behind him," a local police officer said regarding Wilcox. "[Wilcox] was not some idiot with a gun. To me, he was a hero. He was trying to stop an active shooter."

The Raw Story reported earlier on Monday that the Millers had a heavy presence on conservative websites and were also kicked out of the group supporting anti-government rancher Cliven Bundy because of Jerad Miller's past felony conviction.

Radio host Alex Jones, whose Infowars.com site was among those frequented by the couple, has already called the attack a "false flag" government operation.

The Southern Poverty Law Center (SPLC) reported that Jerad Miller also posted a picture of himself with one of Bundy's more vocal supporters, former Sheriff Richard Mack, at a Feb. 8 campaign debate for libertarian candidates. Mack reportedly expressed "shock" upon hearing of the Millers' attack.

"Oh, no. I was afraid that he might have been at the Bundy ranch," Mack was quoted as saying. "As soon as I heard about it, I was afraid of that."