Rick Perry: I should have talked about jobs instead of comparing gay sex to alcoholism 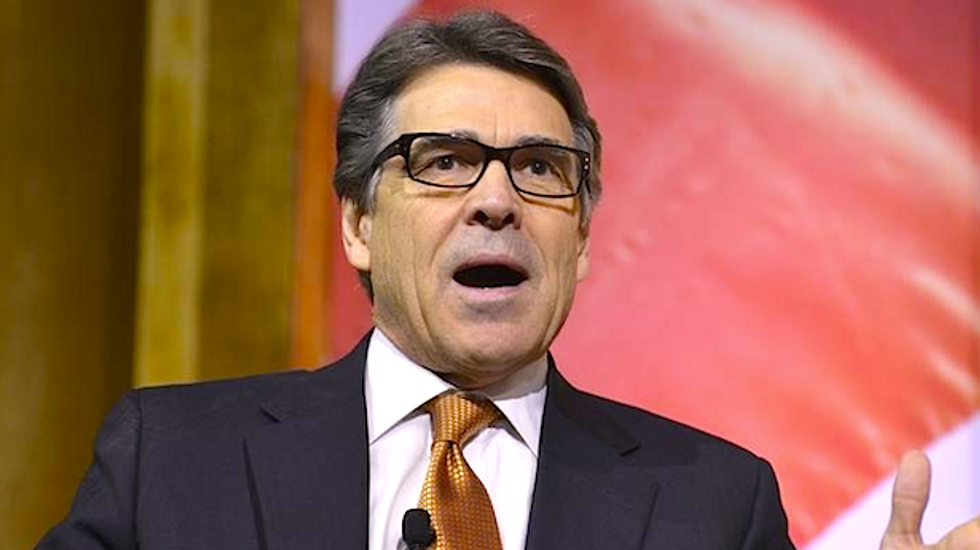 Texas Gov. Rick Perry has said he "stepped right in it" when he compared homosexuality to alcoholism as something that can be fought against despite genetic disposition.

The Republican, who is weighing another presidential campaign in 2016 after a gaffe-prone first attempt in 2012, did not actually apologize for the remarks, but instead told a lunch hosted by the Christian Science Monitor newspaper on Thursday he should have stuck to a message of inclusion and jobs.

"I got asked about an issue, and instead of saying, 'You know what, we need to be a really respectful and tolerant country, to everybody, and get back to talking about -- whether you're gay or straight -- you need to be having a job and those are the focuses I want to be involved with,' instead ... I readily admit, I stepped right in it," Perry said, according to a video recording of the event.

Perry was asked at an appearance in San Francisco at the Commonwealth Club of California on June 11 whether he believes homosexuality was a disorder, according to local media reports.

"I may have the genetic coding that I'm inclined to be an alcoholic, but I have the desire not to do that," Perry said in remarks broadcast on the CBS affiliate. "And I look at the homosexual issue in the same way."

A few people in the audience gasped in response, according to the CBS report, and the comments drew broader criticism across the United States even though in his 2008 book, "On My Honor," Perry made a similar comparison.

It's not the first time Perry has employed a variation on the "stepping in it" phrase, which often relates to placing boots in something unpleasant.

In what was perhaps the biggest gaffe of the 2012 election campaign, Perry lost his train of thought during a televised candidate debate and could not recall which government departments he wanted to eliminate if he became president.

"I'm glad I had my boots on tonight. I stepped in it out there," Perry told reporters afterward.