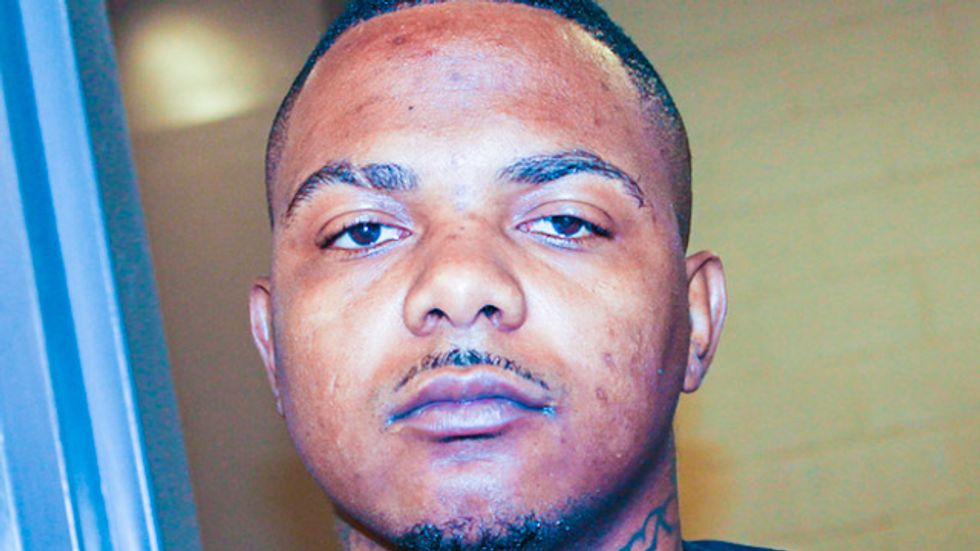 A Louisiana man was charged with attempted murder on Saturday after he allegedly shot a 10-year-old boy in the face during a road rage incident.

According to The Times-Picayune, 26-year-old David Sean Jackson Sr. was driving on I-10 near New Orleans with a five-month-old, a 6-year-old, and their 25-year-old mother when a red 2007 Chevrolet truck cut him off at around 2 p.m.

After the vehicles cut each other off several more times, Jackson fired at the truck "three or four times," Kenner police spokesperson Sgt. Brian McGregor said. A bullet grazed the face of a 10-year-old boy who was inside of the pickup truck, causing bullet fragments to be sent into his sinus cavity.

Police caught up with the two vehicles, and Jackson was charged with attempted second degree murder, and aggravated criminal damage to property. He also faces charges for illegal possession of a firearm by a felon, illegal carrying of weapons and possession with the intent to distribute 19 grams of crack cocaine, and multiple traffic violations.

Jackson had been on parole for distribution of drugs and felony possession of a firearm.

The 10-year-old victim was transported to Interim LSU Hospital, where doctors attempted to remove the bullet fragments from his sinus cavity. The child would be forced to have plastic surgery if doctors were not successful.

No charges were immediately filed against the driver of the pickup truck, but Jefferson Parish District Attorney's Office could charge him at a later date.

Jackson was being held at Jefferson Parish Correctional Center. No bond at been set as of Sunday.