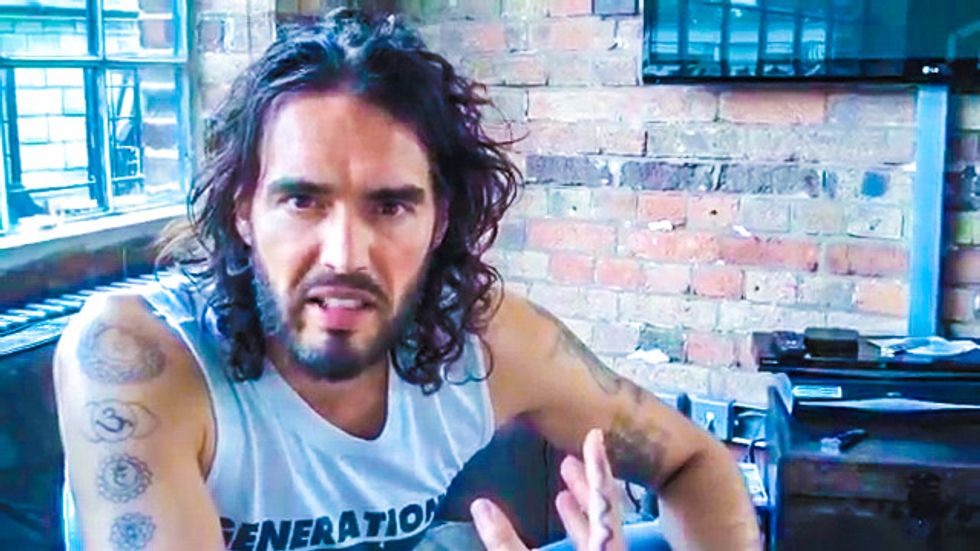 Comedian Russell Brand on Tuesday blasted Fox News host Judge Jeanine Pirro for taking a position on bombing Iraq that he said was even "worse" than the militant group ISIS which has taken over a large portion of the country.

In what BuzzFeed called "the craziest rant a Fox News host has ever done," Pirro over the weekend lashed out at the president for not ordering sustained air strikes on Iraq.

Brand took to his YouTube channel on Tuesday to dissect Pirro's commentary, starting with the claim that ISIS was "coming for us."

Pirro said that her solution to the recent violence Iraq was to "bomb them. Bomb them, keep bombing them, bomb them again, and again."

"F*cking hell!" Brand exclaimed. "When they do these bombings it creates more insurgents, that's what creates them. Don't think of a bomb as going down there and destroying stuff, think of it as like a seed that goes into the ground, and grows insurgents out of it. It creates more terrorism, doing it."

Brand argued that it was ironic that "justice" was part of the name of Pirro's show, Justice with Judge Jeanine.

"That's the thing that's required here," he explained. "Is justice, justice and tolerance and compassion... Aid for their refugees in the region, trying to stabilize them and help them to create infrastructure. Not the bombing, bombing, bombing system. Not referring to your fellow human beings as savages, that will make things much worse."

During her rant, Pirro had also labeled ISIS a "fanatical religious terrorist organization."

"So is Fox News -- is a fanatical terrorist propagandist organization," Brand observed. "This isn't reasonable, is it? Like the way she's talking? 'Bomb them! Bomb them!' She's worse... She's the savage, she's totally espousing savage values."

As some point during Pirro's over-the-top monologue, Brand said that he found her to be a "sublime blissful comedic entity. Like you sort of can't take her seriously. She just becomes like a drill or some odd abstract noise."

Watch the video below from Russell Brand.