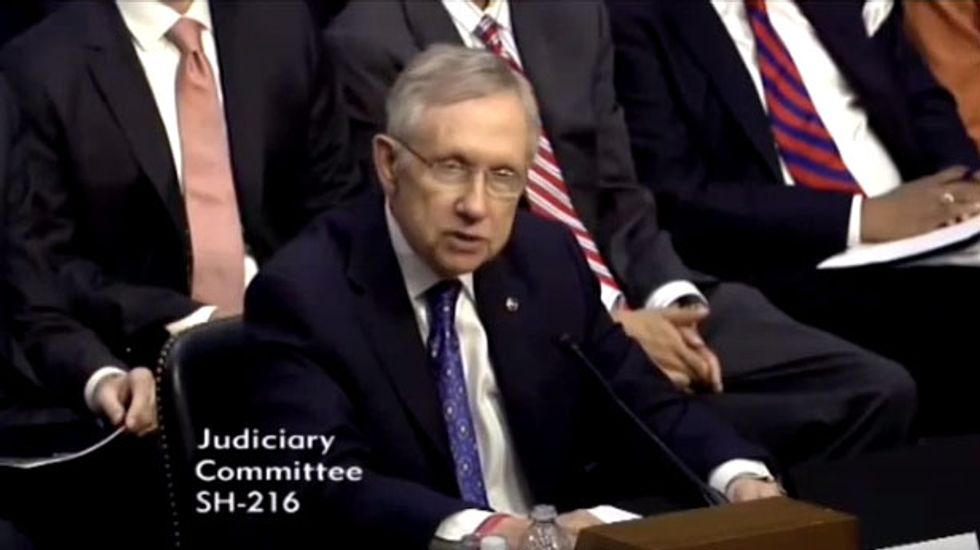 "I'm here because of the flood of dark money into our nation's political system poises the greatest threat to our democracy that I have witnessed during my tenure in public service," he said during a Senate Judiciary hearing. "The decisions of the Supreme Court have left the American people with a status quo in which one side's billionaires are pitted against the other side's billionaires."

"So we sit here today with a simple choice: Do we keep the status quo and argue all day and all night forever about whose billionaires are right, whose billionaires are wrong, or we can work together to change the system to get this shady money out of our democracy and restore the basic principles of one American, one vote," Reid remarked.

The Senate hearing was held to discuss a proposed amendment to the Constitution that would overturn the Supreme Court’s controversial decisions in the Citizens United and McCutcheon cases.

The amendment would grant Congress and the states the authority to regulate the campaign finance system, but would not dictate any specific policies or regulations.

Republicans, siding with the Supreme Court, have argued that campaign finance laws that limit political donations and spending violate the First Amendment.