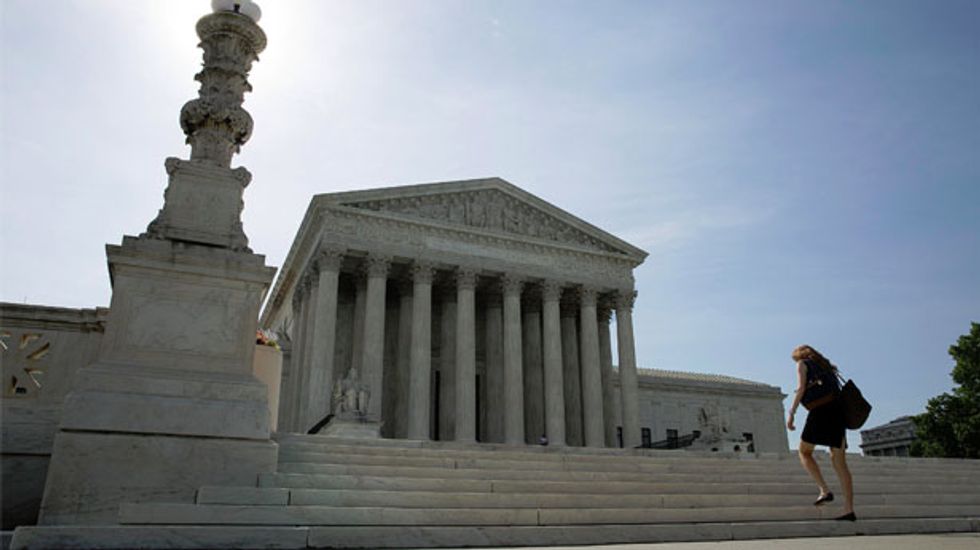 WASHINGTON (Reuters) - An Illinois healthcare worker's legal challenge of mandatory union dues from public employees reaches a climax on Monday when the U.S. Supreme Court is due to rule in the case at the final session of its nine-month term.

If the justices agree with the sweeping argument made by home healthcare worker Pamela Harris that compulsory union dues are forced association and speech prohibited by the U.S. Constitution's First Amendment, it would essentially establish a national right-to-work law and deliver a blow to public employee unions.

The case, Harris v. Quinn, seeks to upend the decades-old practice of including so-called fair-share, agency or union-security clauses in collective bargaining agreements.

In the case, argued in January, the justices could revisit the high court's 1977 decision affirming mandatory public-sector union dues. Harris is backed by the anti-union National Right to Work Legal Defense Foundation.

Harvard Law School professor Benjamin Sachs said that if the perception holds that the Supreme Court saves blockbuster opinions for the end, it will mean a union loss.

Speculation has grown in recent days that the opinion will be written by Justice Samuel Alito, a conservative appointee of President George W. Bush who joined the bench in 2006.

The Supreme Court typically distributes its opinions evenly across terms, and often across months. Harris v. Quinn was argued in January and is the only case outstanding from that month. Alito is the only justice who has not authored a January opinion.

If Alito is writing for the majority in Harris v. Quinn, it could also signal a loss for labor, experts said.

"Alito suggested that in a later case, the court might constitutionalize the right to work in the public sector and that's something the court has been asked to do in this case," Bagenstos said.

But experts said it was impossible to know exactly what the court was thinking. There could be multiple minority and no majority opinions; the case could be decided narrowly - or not decided at all, they said.

"There could be all kinds of internal dynamics going on in the court," Bagenstos said.