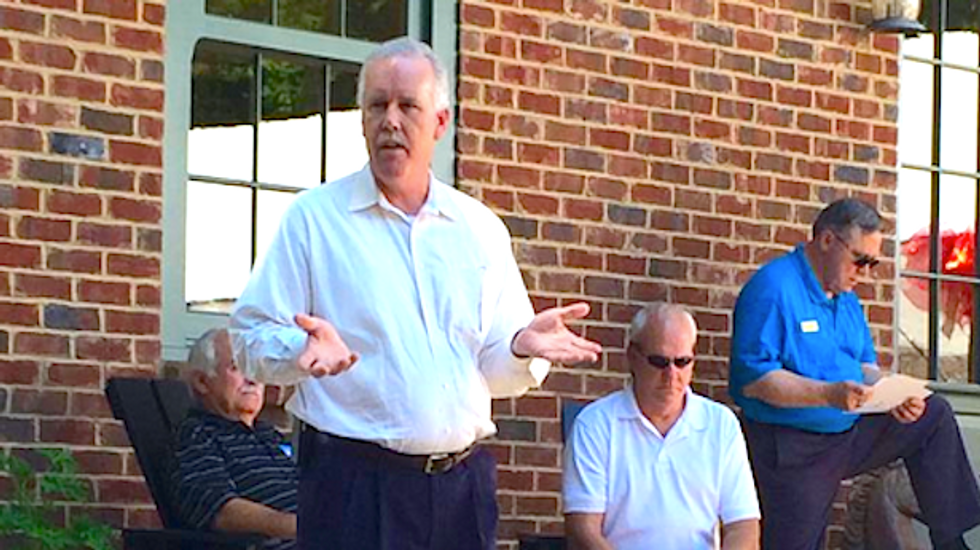 The shock defeat of Republican House Majority Leader Eric Cantor in a primary in Virginia this week has fueled hopes among Tea Party activists in Tennessee that they can stage a similar upset against Senator Lamar Alexander in August.

But the Cantor loss, while enough to shake Washington and the Republican establishment, may not be a sign of things to come as the Tea Party movement has yet to show this year it can find a consistent winning formula against Republican incumbents.

In Tennessee, Alexander’s challenger -- Tea Party state representative Joe Carr –- is regarded by many political experts as unqualified for a Senate race and he is trailing by up to 40 points in the polls. He is also up against a lawmaker who is well prepared and a statewide Republican Party that is pushing to thwart the Tea Party.

"It's important not to rule out an upset after Cantor's upset," said Kyle Kondik of the University of Virginia Center for Politics. "But so far there's not much indication that the challenge against Alexander has gained much traction."

Often fractured and lacking in resources, the Tea Party is finding it difficult to prosper in races for the U.S. Senate, where the fight for control of Congress will be decided.

Senate Minority Leader Mitch McConnell in Kentucky and Senator Lindsey Graham in South Carolina have both held off challenges this year. Tennessee's Alexander knew he too could be vulnerable. So, like them, the two-term senator moved early to fend off a challenge, marshaling Tennessee's leading Republicans behind him, raising $5.3 million and campaigning actively in the state.

By contrast, Cantor’s loss has been widely seen as a result of his over-confidence, neglect of his district and voter anger at someone who had a pivotal leadership role in a gridlocked Congress.

“Lamar Alexander has taken the threat of a primary challenger seriously right from the start," said Republican strategist Ford O'Connell. "He knew he had a target on his back."

On paper, the Tea Party movement should wield heavy influence in a conservative state like Tennessee where no Democrat has won a Senate race since 1994. Republicans have a super majority in both houses in the state legislature and Democrats have just seven seats in the 33-member Senate. Conservatives joke the Democratic caucus is small enough to meet in a Ford Explorer.

But Tea Party conservatives have alienated other Republicans. Not just within the "establishment," but also among long-time conservatives like state Senator Todd Gardenhire, who was state co-chairman for President Ronald Reagan's presidential campaigns.

"The Tea Party is unyielding and unbending," he said. "Even though we are aligned on many issues, they force you to take stands that you don't want to and if you don't pass a 110 percent purity test then they turn against you."

Legislation backed by the Tea Party has been stymied by mainstream Republicans in Tennessee, especially Governor Bill Haslam. He supported Common Core education standards, which are anathema to many conservatives who see them taking education choices away from individuals and local communities. Tea Party activists accuse him of preventing "open carry" gun legislation becoming law here.

"Tennessee is a very conservative state, but we are unable to pass conservative legislation because of the establishment," said David Vance, a Tea Party activist in western Tennessee.

The governor also riled conservatives this year by opposing cutting the state's tax on dividend income. Tennessee has no state income tax.

'Not ready for prime time'

The lack of a viable Senate candidate is a large part of the problem for Tea Party hopes in Tennessee as it has been in some past races like the one fought by Christine O'Donnell in Delaware in 2010.

She was vilified for comments she made 11 years earlier about dabbling in witchcraft and after she declared during the campaign that she was “not a witch.”

While the Tea Party's stance on fiscal issues has often been the attraction for conservatives, Carr's career in Tennessee's state legislature has been heavily focused on tough legislation targeting illegal immigration and favoring gun rights.

Earlier this year as part of his Senate campaign he raffled off a Beretta 92A1 handgun.

Prior to declaring his Senate candidacy, Carr was running against incumbent Republican U.S. Rep. Scott DesJarlais but was seen as trailing in that race.

"Usually when you get big-footed out of a race you opt for a lower office, not a higher one," the University of Virginia's Kondik said. "Carr is just not the type of top-tier candidate that Lamar Alexander should worry about."

Carr's fundraising of under $900,000 as of the end of March has lagged far behind Alexander's and although he has a lot of Tea Party support, other groups say privately that they had hoped for a more viable candidate than Carr.

"We like Joe Carr, we like what he has done at the state legislature for us," said one Tea Party leader who spoke on condition of anonymity. "But he's just not Senate material."

While national conservative groups like the Club for Growth, the Senate Conservatives Fund and FreedomWorks put millions of dollars into the unsuccessful challenge against McConnell and have been actively engaged in the ongoing battle to unseat Senator Thad Cochran in Mississippi, none of them has endorsed Carr or backed him financially.

Carr's local Tea Party backers argue that Cantor's opponent David Brat did not have national backing or serious funding either.

"Cantor's defeat shows what we can achieve," said Richard Archie of the Tennessee 8th District Tea Party Coalition, many of whose members intend to canvass voters for Carr ahead of the primary. "We believe that with grassroots support Joe Carr can win."

But Republican strategist O'Connell says a Senate race is far more challenging to win than a House race because of the large distances you need to travel and the many more media markets you need compete in.

Carr is also further hampered by the limited resources of the national conservative groups who can only compete in a few races and need to deliver results to help raise more money, O'Connell said.