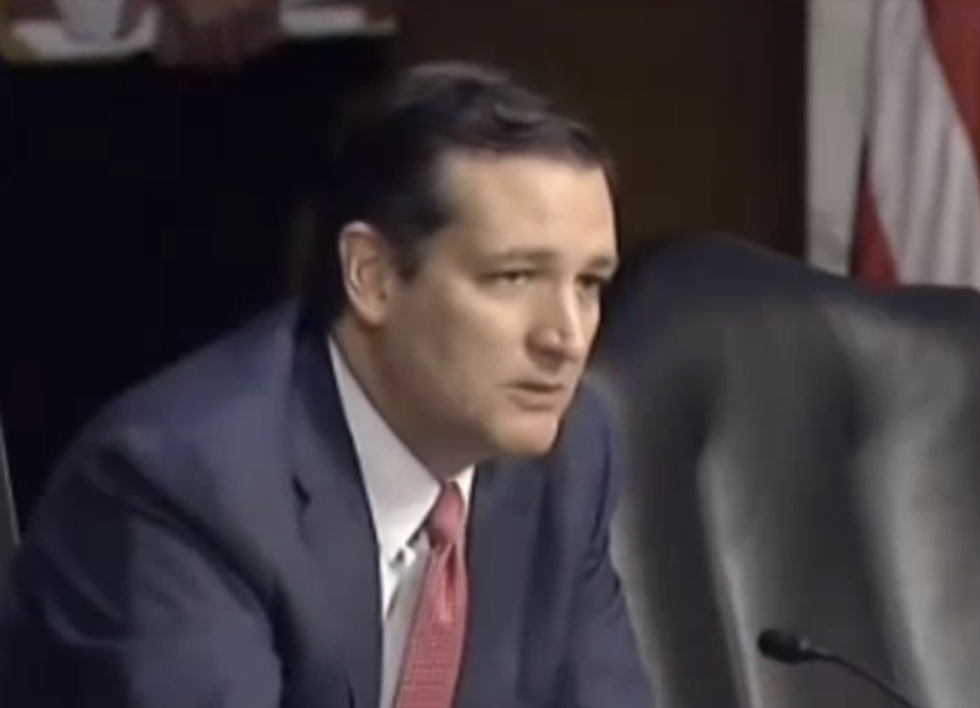 Cruz claimed that attempts to regulate the amount of money that can be anonymously contributed to campaigns and Political Action Committees (PACs) amounts to an attack on free speech and an affront to the First Amendment of the U.S. Constitution.

The Bill of Rights, said Cruz, is "precious to every American." The first ten amendments to the Constitution "begin with the First Amendment."

"For over two centuries, Congress has not dared to mess with the Bill of Rights," he claimed. But the bill introduced by New Mexico Sen. Tom Udall (D) would amend the Constitution to give Congress and the fifty states the ability to regulate campaign spending.

To Cruz, such an amendment would violate the principles of what it means to be American and run directly counter to the free speech protections of the First Amendment.

"This amendment is about power and it is about politicians silencing citizens," he said. "Mr. Chairman, when did elected Democrats abandon the Bill of Rights?"

The Citizens United decision in 2010 loosened regulations on political donations and made it possible for powerful interests to buy a stake in elections through anonymous donations to PACs.

According to Pro Publica, "In 2012 alone, social welfare nonprofits and trade associations dumped more than $310 million into the election."

The Udall proposal is not expected to pass. It would need a total of 67 votes to meet the necessary threshold. The Senate is currently divided on the proposed amendment along party lines.

"I would note," Cruz added, "this amendment, if adopted, would give Congress the power to ban books and to ban movies, and by the way, Citizens United was about fining a movie maker who made a movie critical of Hillary Clinton."

"Mr. Chairman, Ray Bradbury would be astonished," he concluded, "because we are seeing Fahrenheit 451 Democrats today."