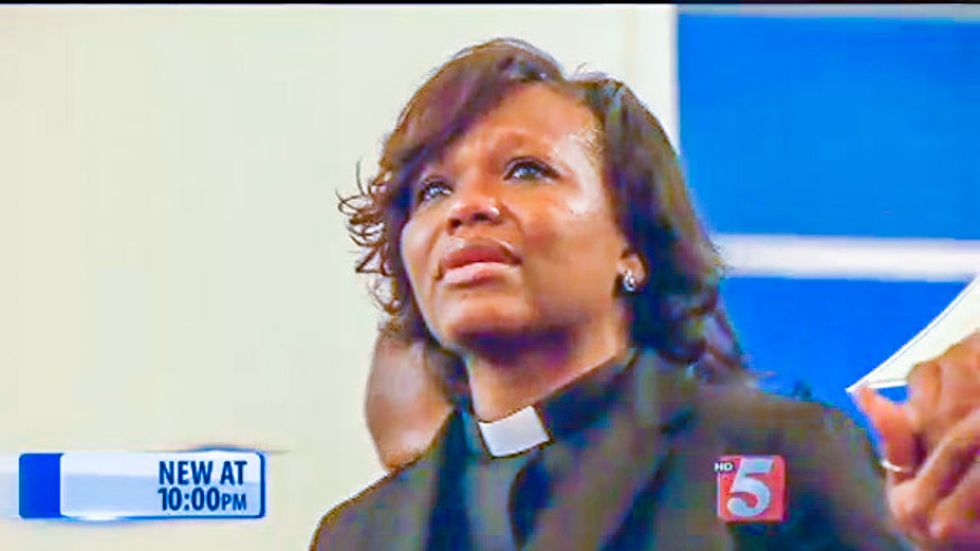 The leaders of Primitive Baptist Churches are considering whether to revoke the credentials of a Nashville pastor because he went against 100 years of church tradition by licensing women as ministers.

That decision prompted church elders and pastors in the Cumberland Association of Primitive Baptist Churches to call a meeting on Thursday to discuss Stevenson's future. In the end, they decided to put the fate of Stevens in the hands of a committee, which will consider the case over the next few weeks.

Stevenson argued that the 100-year-old tradition of not allowing women in the ministry had no basis in scripture.

"I was actually preparing for this before we licensed the ministers," he explained to WTVF. "I knew that there were some that would again hold to tradition versus the spirit of God. So we had already been praying and looking at all the avenues and aspects that we needed to address this very biased way of trying to orchestrate ministry."

Stevenson said that his congregation backed the decision to license women ministers.

"The congregation is still in the mode of celebration, they still feel that we did the right thing," he noted. "And we're standing together even if we have to stand by ourselves."