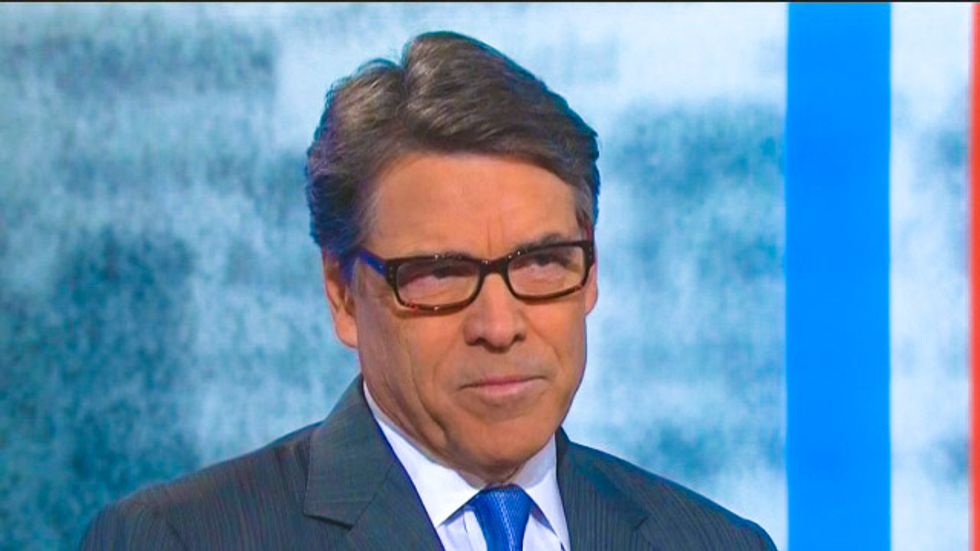 At a speaking event in San Francisco on Wednesday, Gov. Rick Perry (R-TX) stunned listeners by comparing homosexual attraction to alcoholism, and said that LGBT people can choose whether or not to participate in their "lifestyle."

The San Francisco Chronicle reported that Perry was addressing the Commonwealth Club of California when he made the remarks, which drew a "murmur of disbelief" from the assembled crowd.

The governor was responding to a question from an audience member, who asked Perry if he supported the 2014 Texas Republican Party platform. The party recently adopted language stating that LGBT people are "patients" with a disorder that should be treated through so-called "reparative therapy," a practice that has been discredited by psychologists and outlawed for practice on minors in California and New Jersey as a form of child abuse.

After stating that he is unsure whether conversion therapy is effective, Perry said, "Whether or not you feel compelled to follow a particular lifestyle or not, you have the ability to decide not to do that. I may have the genetic coding that I'm inclined to be an alcoholic, but I have the desire not to do that, and I look at the homosexual issue the same way."

Catherine Thompson at Talking Points Memo wrote, "Perry made a similar comparison in his 2008 book On My Honor: Why the American Values of the Boy Scouts Are Worth Fighting For. He wrote that even if homosexuality, though it may be genetic, was still an 'active choice' akin to an alcoholic choosing to drink."