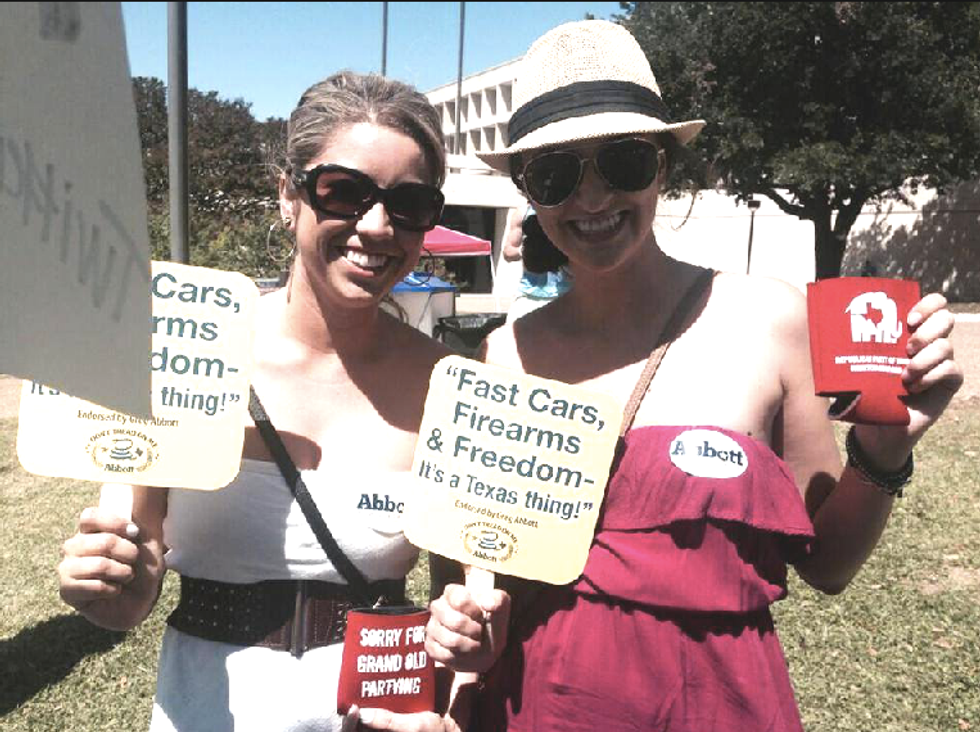 In a draft copy of its official party platform, the Texas Republican Party has classified LGBT people as aberrant and endorsed the discredited practice of so-called "reparative therapy," which seeks to rid people of same-sex attractions and turn them heterosexual.

The Houston Chronicle reported Thursday that the current draft of the party's 2014 platform reads, in part, "(W)e oppose any criminal or civil penalties against those who oppose homosexuality out of faith, conviction, or belief in traditional values. We recognize the legitimacy and value of counseling which offers reparative therapy and treatment to patients who are seeking escape from the homosexual lifestyle. No laws or executive orders shall be imposed to limit or restrict access to this type of therapy."

Conversion therapy has been outlawed for minors in California and New Jersey as a form of child abuse.

Exodus International -- the North American nerve center for the "ex-gay" therapy movement -- shut its doors in June of 2013, admitting that its mission is impossible, that sexual orientation is immutable and that the notion that people can be religiously converted from one orientation to another is a sham.

Exodus' former director Alan Chambers penned a letter of apology to the LGBT Christians who were harmed by his ministry, writing, "I understand why I am distrusted and why Exodus is hated.”

Nonetheless, Texas Republicans are doggedly clinging to the notion that prayer and religious study can alter a person's sexual orientation and that LGBT people are just straight victims of a treatable pathology.

"Homosexuality must not be presented as an acceptable alternative lifestyle, in public policy, nor should family be redefined to include homosexual couples," reads the platform statement.

Delegates were able to convince party extremists to drop language that declared that the practice of "homosexuality tears at the fabric of society and contributes to the breakdown of the family unit. Homosexual behavior is contrary to the fundamental, unchanging truths that have been ordained by God."

However, Texas Republicans were sure to include language forbidding the recognition of same-sex marriages performed in other states, writing, "We believe there should be no granting of special legal entitlements or creation of special status for homosexual behavior, regardless of state of origin."

The draft platform called for even further restrictions on abortions performed in the state, gave tax incentives to energy companies engaging in the practice of hydraulic fracturing (or "fracking") and called for further hearings to investigate the September, 2012 attack on the U.S. consulate in Benghazi, Libya.

The platform is expected to be ratified at this weekend's 2014 Texas Republican State Convention, which is being held in Ft. Worth.