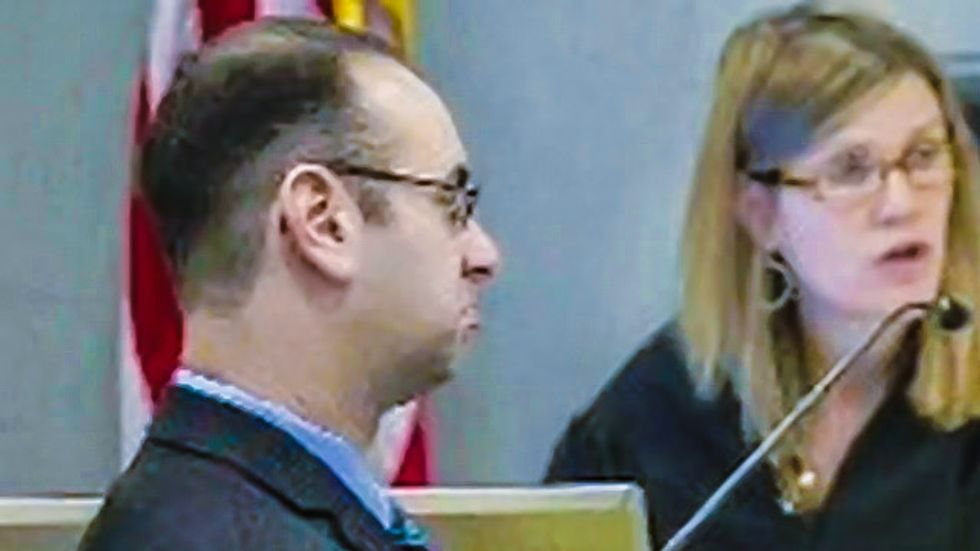 A Texas prosecutor lost his job this week after he rejected a black juror because he said that her membership in the NAACP was like being a white supremacist.

According to a transcript obtained by KVUE, Travis County felony prosecutor Steve Brand told the judge that he was removing the woman because of her NAACP ties, but it was "not because of race."

"It's because in part she appeared to be an activist, and that's what we don't want," he said. "Just as if she was white, we wouldn't want a white activist or a white supremacist."

State District Judge Julie Kocurek later ordered a new jury to be seated after a judge ruled that Brand had removed the woman solely because of race.

Travis County District Attorney Rosemary Lehmberg told KVUE that she fired the top prosecutor because she was offended by his remarks at the recent hearing.

"I told Steve Brand that his statements did not reflect my opinions or my values or those of our organization, and that he could no longer work at the Travis County District Attorney's office," she explained.

"Steve Brand is a dedicated, highly regarded, veteran prosecutor with a stellar record at the courthouse. Not once has he been accused of racially insensitive or intolerant conduct other than by Ms. Lehmberg's recent accusation," a statement from Nesbitt said. "His termination was an unjust, and frankly bizarre act by the District Attorney," Nesbitt said. "Our preliminary investigation reveals that the more likely cause of his termination was retaliation."