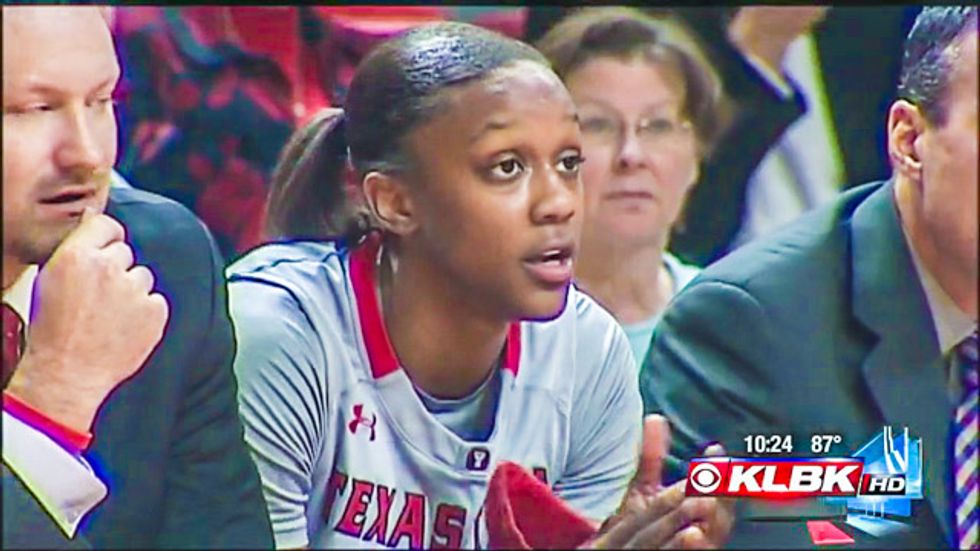 Texas Tech has announced on Sunday that it had cut football recruit Nigel Bethel II after he allegedly punched a female athlete in the face so hard that she will need surgery.

In a message posted to Twitter, Battle asked her followers to “[p]ray for me y’all.”

A person posting under the name Nigel Bethel II wrote on Twitter that "[t]rouble always seems to find me."

In a statement released on Sunday, Texas Tech confirmed that Bethel had been released from the team.

"Nigel Bethel II, a Texas Tech football student-athlete, has been dismissed from the team due to his role in an incident at the Texas Tech student recreation center on Saturday, June 28. Texas Tech athletics has a zero tolerance policy on this type of behavior," the statement said.

Bethel was considered to be one of the top recruits of the 2014 class.

Battle averaged 16.4 points and 7.4 rebounds per game last season to lead Texas Tech's Lady Raiders basketball team. She was expected to be reevaluated for surgery later this week.