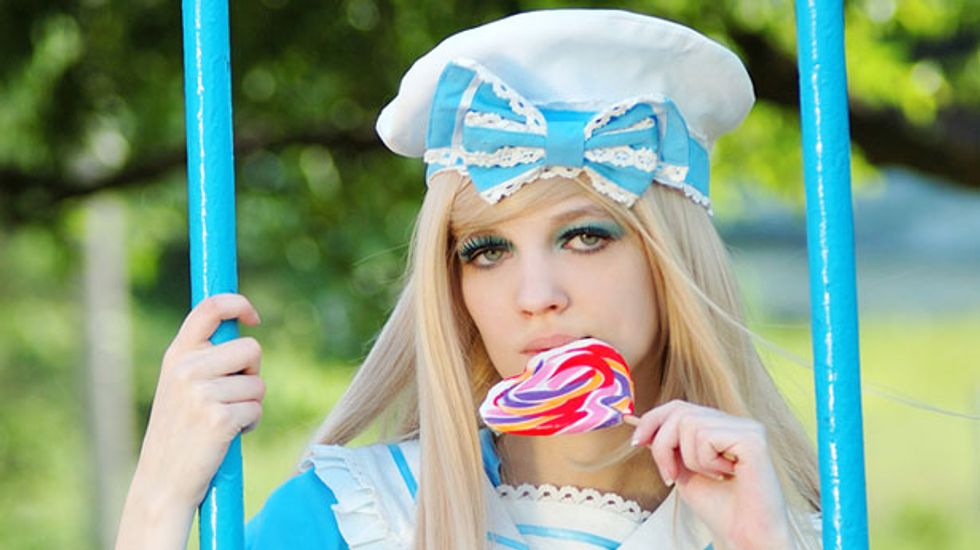 I used to think the American Enterprise Institute (AEI) was just a bunch of math nerds whose job was to massage numbers in such a manner that horrific crimes  against humanity by corporations could be dismissed with a cost/benefit analysis demonstrating an economic upside, Thus, when a gas leak at  Union Carbide's pesticide plant in Bhopal killed 8,000 people in 1984, the AEI could be counted upon to produce a study showing that the mosquito population was decimated, meaning a significant decrease in malaria cases could be expected.

The American Enterprise Institute prides itself on producing leading research in several key policy areas that weave a tapestry of the organization's core beliefs: respect and support for the power of free enterprise, a strong defense centered on smart international relations, and opportunity for all to achieve the American dream.

But when you cut to the chase, everything is about the Benjamins, even when you are talking about sexual assault, rape, wife-beating, and college girls majoring in slutting about, with a minor in crying rape.

Yesterday, antiquated Victorian douche device George Will cited AEI numbers as he explained that sexual assault on college campuses is way overstated, particularly if you throw out hilarious hijinks like over-enthusaistic groping and uninvited finger banging . Besides all that, Will points out that coeds are a vindictive coven of blue-ball inflicting whore-demons who are not to be trusted by lusty lads who are not wise in the wicked ways of women.

Wills' argument boils down to: Won't somebody think of the rapey-bros, and the lawsuits that follow?

AEI Resident Schola' Christina Hoff Sommers, who has made it her life's work to save men and boys from her be-boobed cohort (although I don't remember any guy asking her to), questions this whole "rape culture" crisis, saying it is overblown and, you know what else? It reminds Sommers of the McMartin preschool panic where counselors and rabid "feminist activists" persuaded toddlers to say they were molested.

Nowadays, according to Sommers,  these same "feminist activists" are persuading child-like coeds who, despite having the reasoning skills of 4-year-old managed to ace their SAT's, that they too were sexually assaulted during a "drunken sexual hook-up."

Silly drunken airhead whores, you totally loved it even if you don't remember it.

Today, the Washington Post (the Cranky Old Man Acres rest home of George Will) gives space to the  AEI 's Home Economics Project director W. Bradford Wilcox, to explain to women that they should stop spreading it around all over town and settle down with their baby's daddy because a wedding ring has magical powers protecting them from a beating for buying Bud Lite by mistake instead of Bud Ice Lite.

Under 'One way to end violence against women? Stop taking lovers and get married,' he writes:

This social media outpouring makes it clear that some men pose a real threat to the physical and psychic welfare of women and girls. But obscured in the public conversation about the violence against women is the fact that some other men are more likely to protect women, directly and indirectly, from the threat of male violence: married biological fathers.

This seems to be a suggestion to women to have affairs with married men with children for safety reasons  (something the most recent Mrs. George Will can attest to).

To be sure, it doesn’t take a viewing of “The Burning Bed” or “Safe Haven”to realize that married men can and do abuse or assault their wives or daughters. Marriage is no panacea when it comes to male violence. But married fathers are much less likely to resort to violence than men who are not tied by marriage or biology to a female.

Oddly enough, Wilcox doesn't delve into statistics showing married women who ride out the abuse because of the children, fear of reprisal, the economics of divorce, lack of an post-marriage support system, or crippled self esteem leading them to believe they have it coming.

All women face a hostile male culture (note the rise of the Men's Rights Activists) married or not, but the marriage ties that bind keep many women in an abusive relationship long after they should have decamped for a less bruising experience.

Loving arms that hug can also end in fists that punch.

Not that the AEI really cares.  They're all about the status quo and the concentration of power and wealth where it rightfully belongs.

With men and not with divorcees and sluts.