The homeless people's handwritten signs that are being turned into fonts 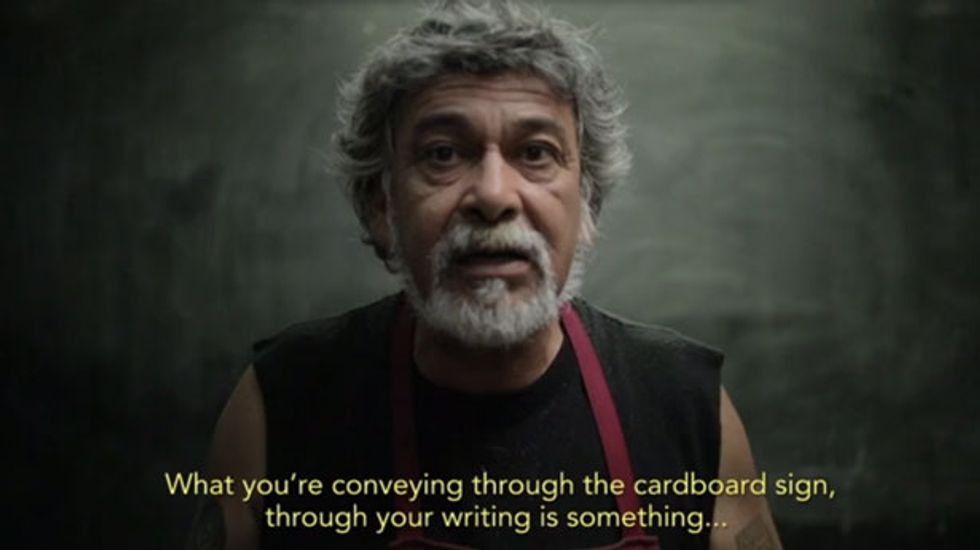 Writing the cardboard sign you use to beg, says Guillermo, one of Barcelona's estimated 3,000 homeless people, is just "really shitty. You're hardly going to convey love. You can't convey anything nice. What you're conveying through the cardboard, through your writing, is something that's really … screwing you."

But the handwriting of some of the Catalan capital's rough sleepers is now being put to a wider use than helping its individual authors survive: scanned and converted into downloadable fonts, it is being sold online to raise funds for a foundation that supports homeless people in their effort to leave the street behind.

Homelessfonts.org, a joint venture between the Arrels Foundation, which works with nearly half of Barcelona's homeless population, and advertising agency The Cyranos McCann, hopes individuals and companies will buy the fonts and use them to communicate on social media or as part of their corporate identity on stationery and packaging.

Using the typefaces homeless people themselves use to call attention to themselves in the street – from rough, energetic and sometimes barely legible scrawls to sometimes beautifully executed near-calligraphy – is "a creative way to raise awareness and transform the popular view of the homelessness issue," says Ferran Busquets, the foundation's director.

Five fonts, created by Guillermo, Francisco, Loraine, Luis Serra and Gemma, are currently available and can be downloaded for a fee of €19 euros for individuals and €290 for companies. A video about the project shows Loraine's font on a bottle marketed by a Spanish retailer of wines, olive oil and nuts.

"I have very nice handwriting, so if you can use it in any of your advertising I'd be very grateful, because I'm sure the money will come back to be used in Arrels," says London-born Loraine, who ended up sleeping rough in Barcelona after coming to the city on holiday and having her passport stolen.

Guillermo, who was born in Argentina and describes living on the street as "a world of violence and abuse", says he "can't pretend to reflect what I am in my writing – I can't write 'love' if I don't have the passion. But I have always supported this project … if that writing serves to help others, then I'm grateful."

All money raised from the project, which is now expanding to include the work of another five homeless people, will go to the Arrels Foundation, which last year worked with more than 1,350 of Barcelona's homeless, including 436 who regularly sleep on the street, trying to help them achieve independence by offering accommodation, food and healthcare.